The artist Ani Schulze has realized the short film »Suffusion of Yellow« on behalf of the Emscherkunstweg. The cooperation project of Urbane Künste Ruhr, Emschergenossenschaft and Regionalverband Ruhr presents the second contribution of its series »Emscherkunstweg online«.

In a kind of cinematic collage, Ani Schulze (*1982, lives and works in Cologne and Porto) interweaves different visual and narrative strands to create a surreal dream world. Mythological stories, such as those of the sirens invoked in the opening sequence, or oracles, such as the prediction of the future through the interpretation of the flight of birds, form the frame of reference. At the same time, images of dew beats recall the tradition of pigeon breeding in mining regions such as the Ruhr. 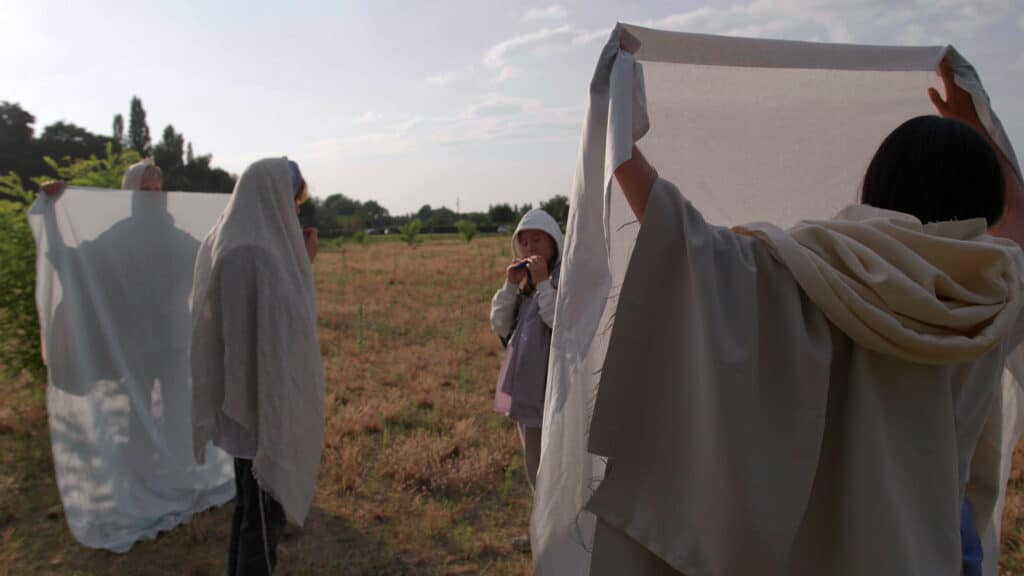 Water appears as a living element that does not flow freely, however, but appears enclosed in masonry. Possibly the artist is alluding here to the Emscher, which for decades was confined in a concrete corset. In the film, the Emscher reconstruction as a process of renewal of the battered landscape is related to acts of purification, like the burning out of toxic excrement in a pigeon loft. Flute players perform seemingly ritual acts that lead into a rhythmic and meditative sound level. Next to them are close-ups of a human dummy used in medical research with connected equipment and tubes, questioning possible instruments of a cure. This in turn could be seen as a parallel to the reconstruction of the Emscher system, which is being implemented by the Emschergenossenschaft with high-tech achievements.

The title »Suffusion of Yellow« refers to one of the oldest Chinese text collections, the »I Ging«, which is received as an oracle or wisdom book. The phrase translated into English as ›Suffusion of Yellow‹ suggests an uncertain or unpredictable future. The film also ends diffusely with the image of – ›domesticated‹ – water hitting the wall.

In the film, the artist relates the Emscher reconstruction to cleansing rituals and healing through high-tech. Photo: Filmstill Ani Schulze 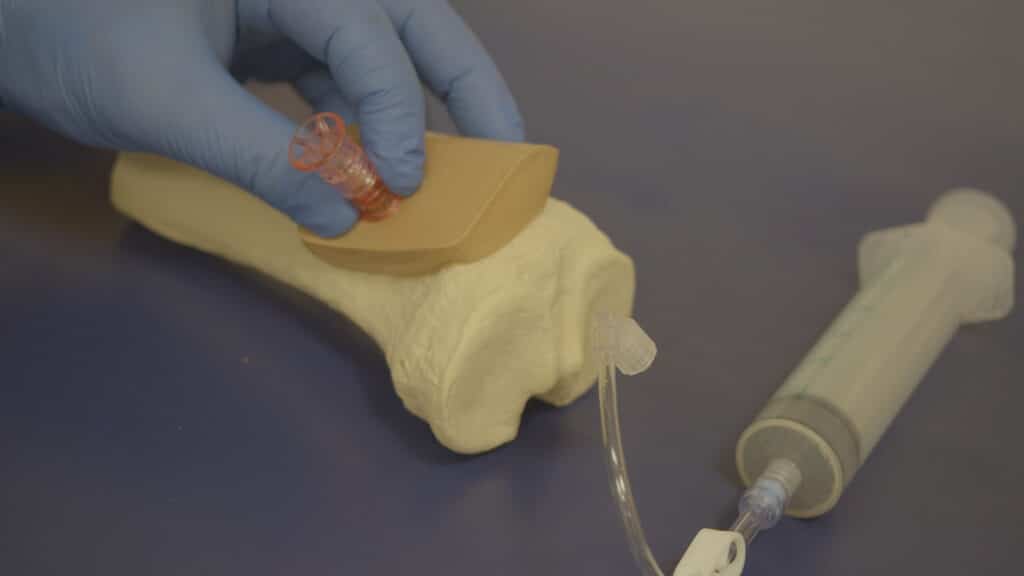 The film is permanently available here and on the Youtube channel of the Emscherkunstweg.

The video by Ani Schulze appears in the series »Emscherkunstweg online«, which aims to offer a digital artistic experience with reference to the real sculpture route along the Emscher. Young artists are invited by Urbane Künste Ruhr to deal with the Emscherkunstweg in their own way. The only condition: the contribution should be available in digital form. The third contribution is planned for spring 2022.

»Suffusion of Yellow« is simultaneously part of an installation in the group exhibition »What I needed was Imagination…« at HBK Braunschweig (until 11.11.2021). Currently, the solo exhibition »Lovers & Hunters« is also running at Kunstverein Siegen (until 21.11.2021).