ON SITE: BRUTOLOGY. THE BUILT, THE UNBUILT AND THE UNBUILDABLE

»BRUTOLOGY. The built, the unbuilt and the unbuildable« by Montserrat Gardó Castillo and Petr Hastik celebrates its premiere at Emscherkunstweg on 2 September. Right next to the »Kunstpause«, the multimedia piece deals with brutalist architecture and urban infrastructure. Another performance will take place on 03.09. 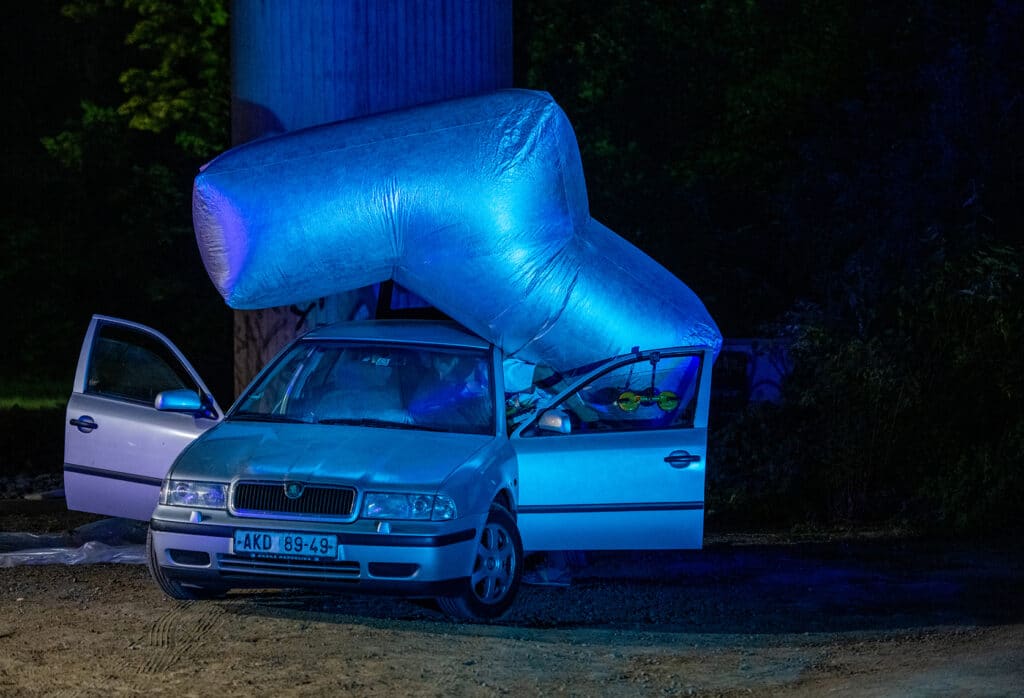 Brutalism is a term from architecture and designates a modernist architectural style that became widespread from 1950 onwards. Among other things, the term goes back to the French term »béton brut«: raw concrete, exposed concrete. Brutalism also stands for an architecture that had the idealised claim to be authentic in material and construction and to promote the social aspects of architecture.

With »BRUTOLOGY«, Montserrat Gardó Castillo and Petr Hastik continue to develop their dance research on Brutalism and infrastructure, after having performed the online format »BRUTOLOGY – A Roadmovie« during the pandemic as part of the Emscherkunstweg.

Under the Mallinckrodt Bridge, the artist:inside deal with the special circumstances of the site: as a traffic junction, as part of the Emscher system and as a social meeting place. In the multimedia performance, five dancers explore the relationships between these. Costumes and objects by the artist Marc Aschenbrenner complement the production.

After the site-specific version of »BRUTOLOGY«, another version will be shown by the FFT in Düsseldorf from 28 September.

The organiser is the Emschergenossenschaft, admission is free. 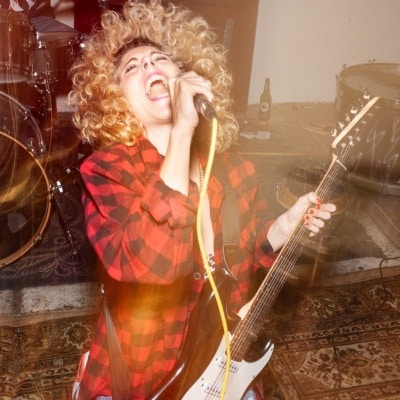 Montserrat Gardó Castillo is a choreographer and performer. She studied dance at the Institut del Teatre/Barcelona and at the Folkwang UdK/Essen as well as journalism at the URL/Barcelona. She is currently studying for a Master’s degree in Humanities and Contemporary Art at the UOC/Barcelona. After working with VA Wölfl/NEUER TANZ (2009 to 2017), she began collaborating with Gintersdorfer/Klaßen, Heiner Goebbels, Alexander Giesche, Tino Sehgal, Alexandra Pirici, La Fleur, SEE! and Costa Compagnie. She was nominated twice for the Förderpreis für Darstellende Kunst and received the Ground Support Prize of the NRW Kultursekretariat. In 2017 she was selected for the Choreographic Dialogues of Pact Zollverein. In the 2022-23 season she is curating the series: »Politics of Invitation« at FFT Düsseldorf together with Monika Gintersdorfer and Annick Choco. 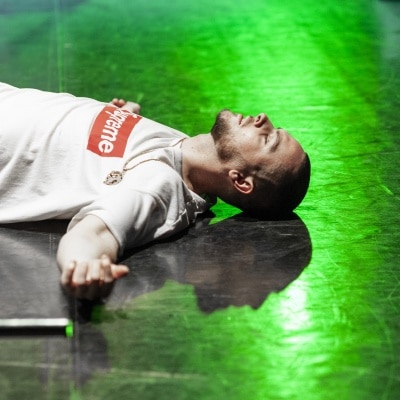 Petr Hastik is a choreographer and performer. He studied dance theatre and dance pedagogy at the Duncan Centre Conservatory/Prague and at the Folkwang UdK/Essen. From 2011 to 2017 Petr was a member of the ensemble NEUER TANZ/VA Wölfl. Since 2014 he has been working with Tino Sehgal. He also had a guest engagement at the Münchner Kammerspiele and works with artists and collectives such as Gintersdorfer/Klaßen, Reut Shemesh, Ben J. Riepe, SEE!, Tatraum Projekte Schmidt and Enis Turan. Hastik is active as a choreographer and artist in both the German and Czech scenes. Last year he appeared as a guest choreographer at the Prague Pride Festival 2021.

Montserrat Gardó Castillo & Petr Hastik have been working together since 2013. They have created the pieces »BRUTOLOGY. An online Roadmovie«, »RUIN LUST: an online trilogy on brutalism, hauntology and nostalgia« (2021), »The future concert« (2021), »The future was us« (2018), »The Pumping Piece« (2016) and »The Fantastic 2« (2014) as well as the videos: »Borrowed Nostalgia« (2020), »#BODY« (2016) and »Volvo-rine« (2014) produced. Their works are co-produced by the FFT Düsseldorf. They have also received research grants and funding from the Kunststiftung NRW, the Fonds Darstellende Künste, the Goethe-Institut and the NRW Kultursekretariat.

As a duo, they participate in and develop interdisciplinary projects in various formats. These include stage plays in dance and theatre contexts, art installations, long-term projects, video, online and site-specific performances that incorporate voice, text, movement, image and music. http://montseandpetr.com/ 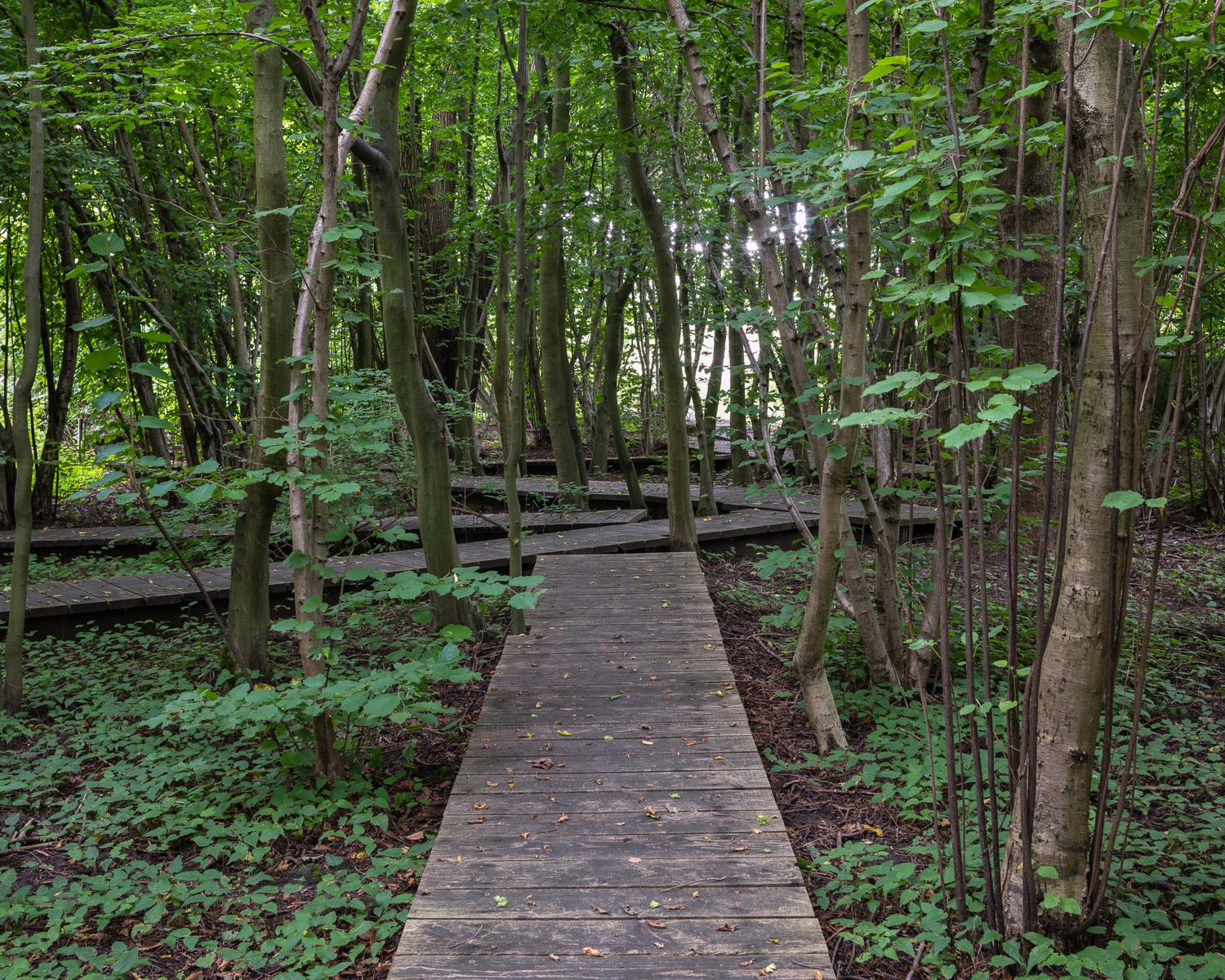