LET THERE BE LIGHT!

Since Emscherkunst 2010, the joint work »CATCH AS CATCH CAN« by Mischa Kuball and Lawrence Weiner has been in the BernePark in Bottrop. The artwork consists of two parts: the lettering »Catch as catch can«, which Lawrence Weiner placed on the service pavilion of the disused sewage treatment plant, and a light installation in the two clarifiers, for which Mischa Kuball had the idea. Since Friday, 17 December 2021, the light artwork has been shining again.

The light and concept artist Mischa Kuball (*1959, lives in Düsseldorf) accentuated the outer edges of the two clarifiers with LED strips. In a moderate rhythm, the light moved as a luminous line around the clarifiers. For technical reasons, the installation had not been in operation since 2017. Because no commercially available luminaires can be installed for the artwork, the repair and artistic revision proved difficult. Only after the appropriate technology was found could the hardware be developed: Each of the 400 luminaires, from the aluminium profile to the Plexiglas housing, was specially produced in close consultation with the artist. Inside each unit are 58 individual LEDs, resulting in an impressive total of 23,200 light-emitting diodes. All components are produced in Germany and constructed in such a way that they can be repaired at any time. 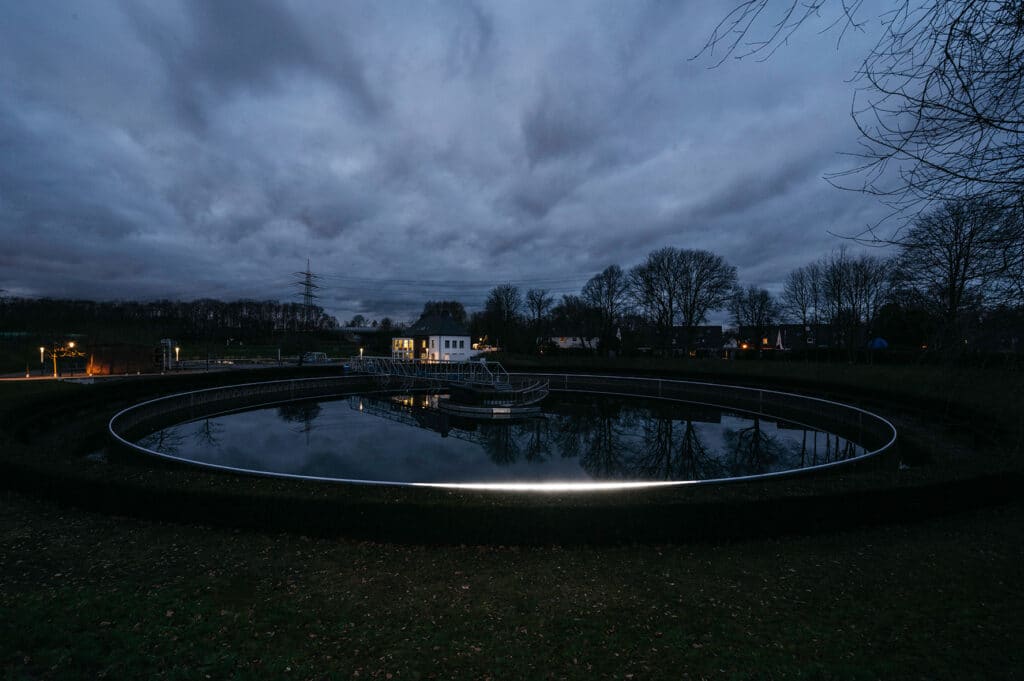 Mischa Kuball’s light installation is part of the collaborative work »CATCH AS CATCH CAN«, which he developed together with Lawrence Weiner for the BernePark in 2010.

Mischa Kuball was on site during the reprogramming and, in addition to the direction of movement, determined the length of the visible light strip, the speed of the light movement and the light colour. Thus, the neutral white light in both pools moves synchronously in a clockwise direction along the pool edges as a strip about 4 metres long. With the new technology, »CATCH AS CATCH CAN« will illuminate the BernePark for a long time from dusk onwards. How fast does the light move now? Why not try to catch it!

In the course of the assessment of all works on the Emscher Art Trail, the light installation was renewed and equipped with contemporary technology. 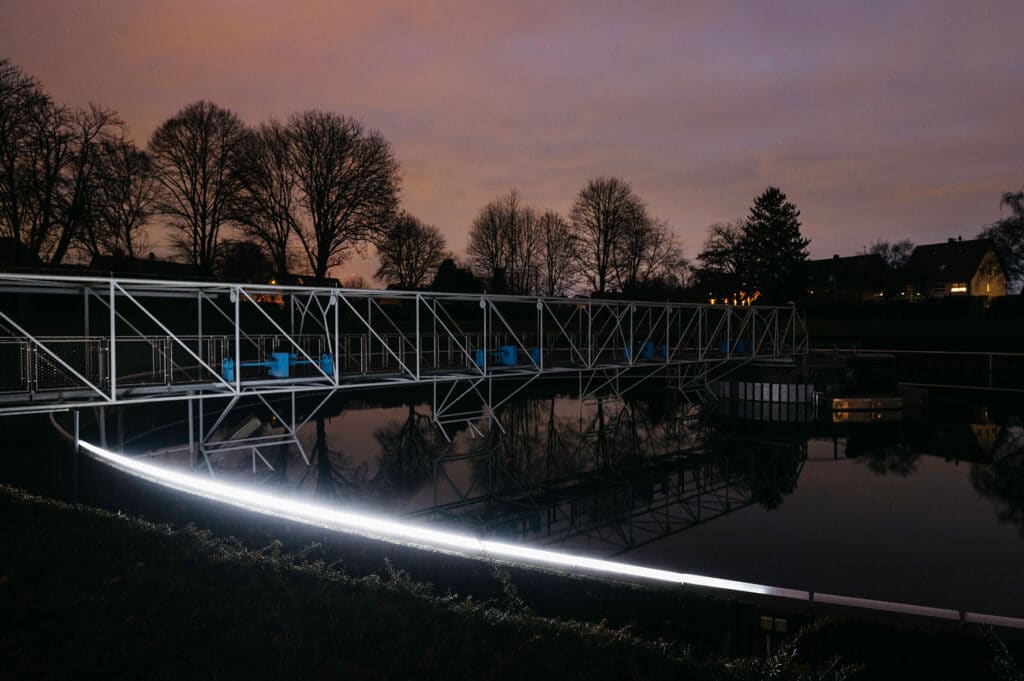 In BernePark there are a total of three works of art on the Emscher Art Trail: Piet Oudolf, in collaboration with the landscape architecture firm Gross.Max, has designed the interior of the two clarifiers under the title »Theatre of Plants«. Mischa Kuball and Lawrence Weiner contribute the joint work »CATCH AS CATCH CAN«. Andreas Strauss offers what is probably the most unusual overnight accommodation: »dasparkhotel« consists of five sleeping cabins made of commercially available sewer pipe elements. The BernePark in Bottrop-Ebel is open daily.