In connection with the 2013 Emscherkunst exhibition the artists’ group Inges Idee (Inge’s Idea) created the enormous sculpture »Zauberlehrling«, visible from a great distance and installed in the tree and shrub garden at Haus Ripshorst in Oberhausen. Inspired by the protagonist in Johann Wolfgang von Goethe’s eponymous balled, the artists appear to have brought an electricity pylon to life, which since its installation has been »dancing out of line«. In this humorous manner the artists address the question of the proliferating electrification of society. Although as such an invisible phenomenon, electricity is manifested in the numerous electricity pylons that mark our densely populated landscapes, including the Emscher valley. This is particularly easy to observe from the renaturated waste tips and parks that have been developed since the 1980s on the former industrial sites north and south of Emscher river. The »Gehölzgarten« (tree and shrub garden) Ripshorst was created in 1999 on an area surrounding Haus Ripshorst, which now houses an information centre for the Emscher Landscape Park.
With a height of 35 metres, the steel sculpture’s dimensions and form match those of a traction current pylon. Yet to achieve the structure’s flowing form each element had to be individually drafted and produced.
The dynamic of its apparent movement changes depending on the viewer’s perspective. Its dancing, playful character is especially striking when seen from the West: from this point of view the »Zauberlehrling« joins the company of a number of other, variously shaped electricity pylons, further emphasising its animated character. 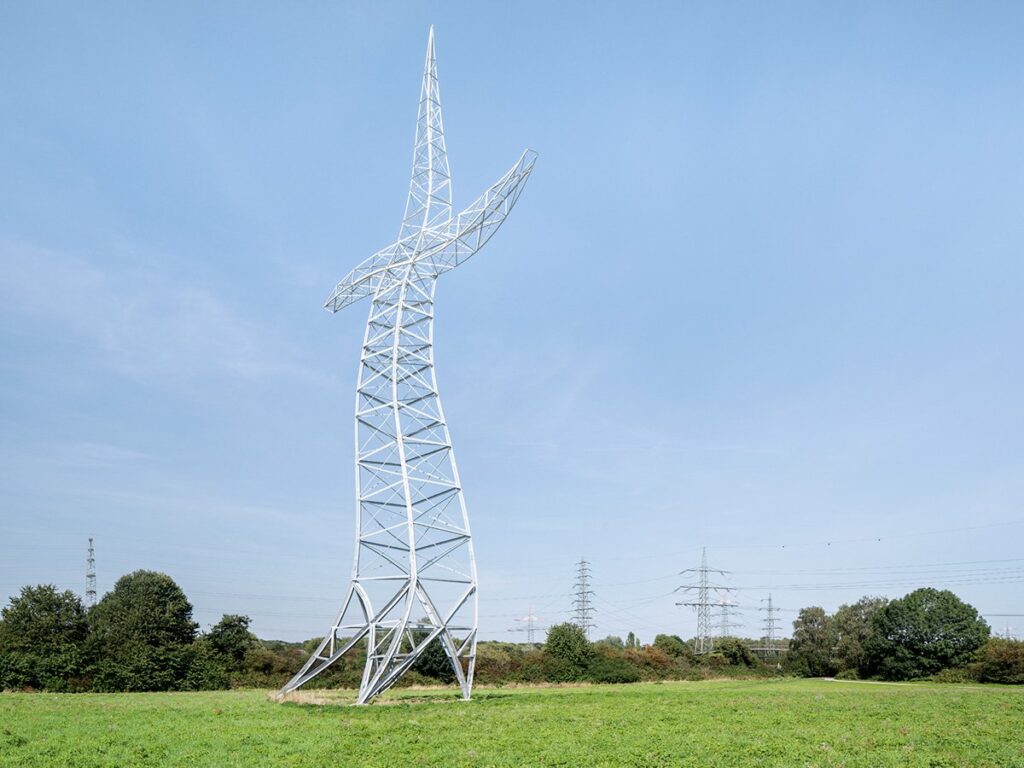 For all its playful irony, the allusion to Goethe’s poem »Der Zauberlehrling« (The Sorcerer’s Apprentice) is intended as a warning to treat our use of technological achievements with critical caution. As the saying goes, »The spirits that I summoned up, I now can’t rid myself of!«

Between 2017 and 2019 the sculpture had to be renovated for stability reasons. The object’s form and colour were adjusted by the artists to conform to static requirements.


From Oberhausen Hauptbahnhof (main station) with bus 957 (towards Oberhausen Kiebitzstr.) to the stop Oberhausen Haus Ripshorst, continue on foot for about 260 m. 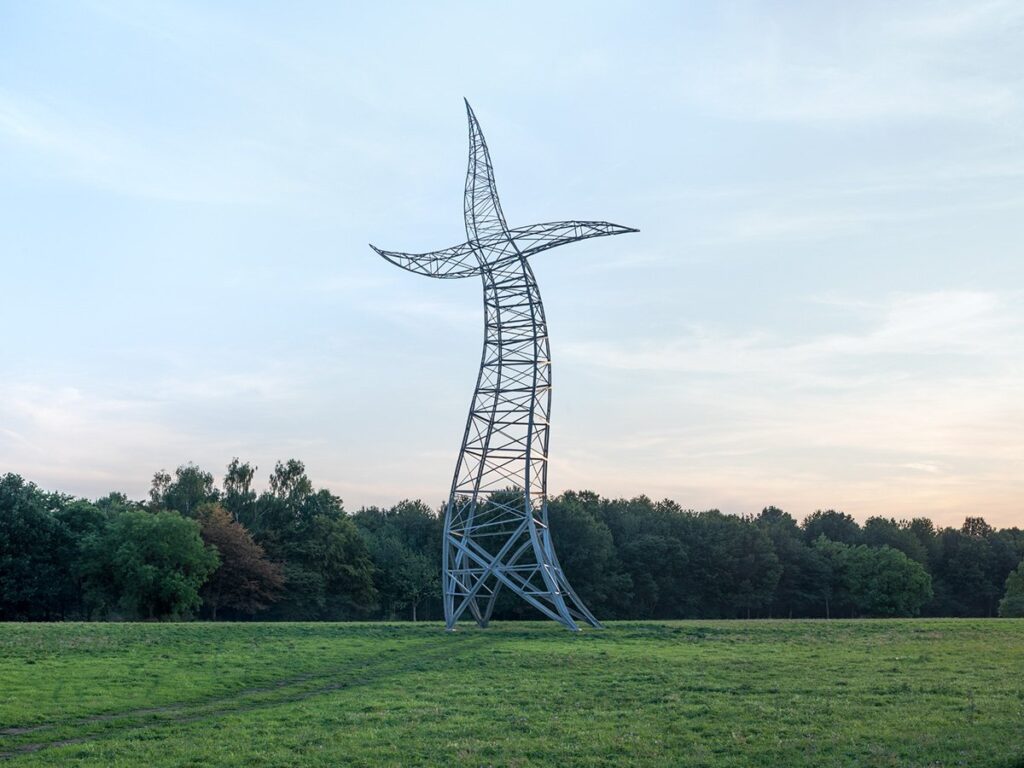 Who dances out of line? The »Der Zauberlehrling« is a proud 35 meters high and consists of a total of 24.4 tons of steel. 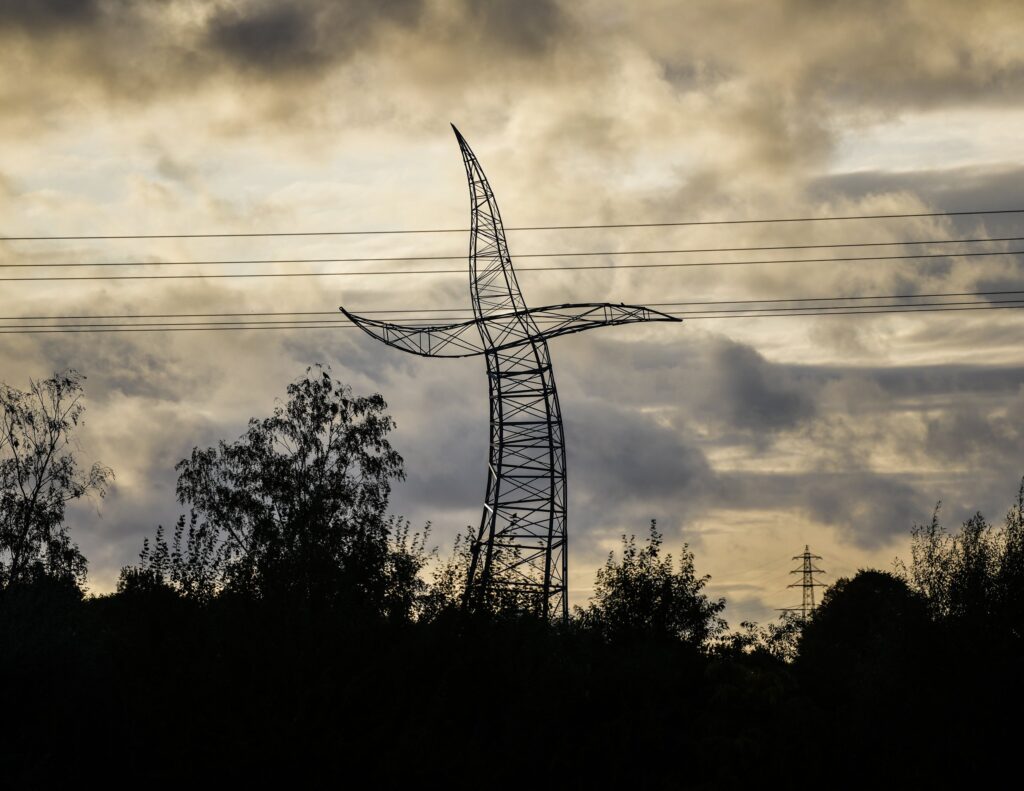 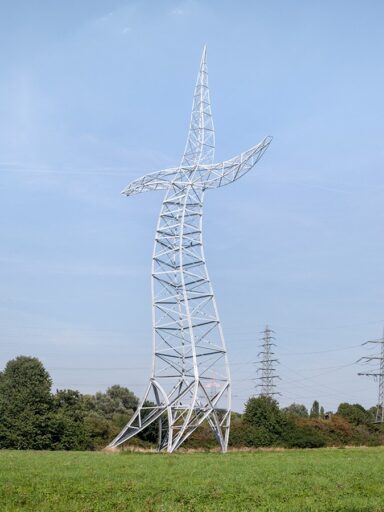 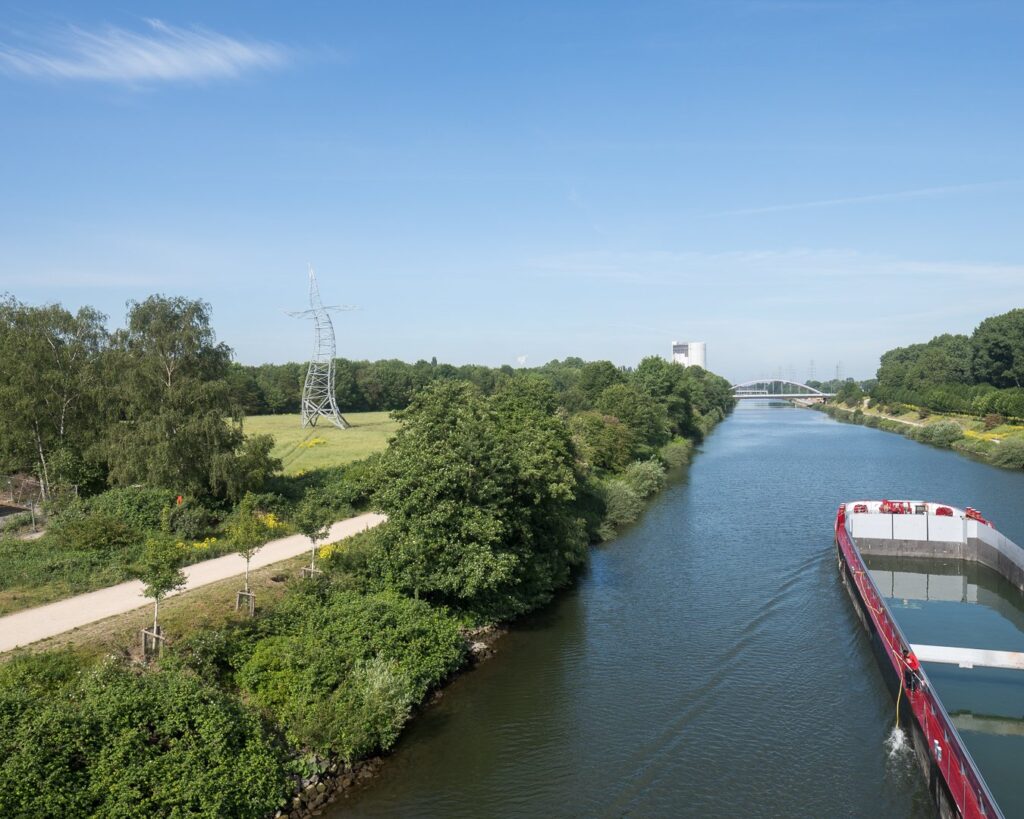 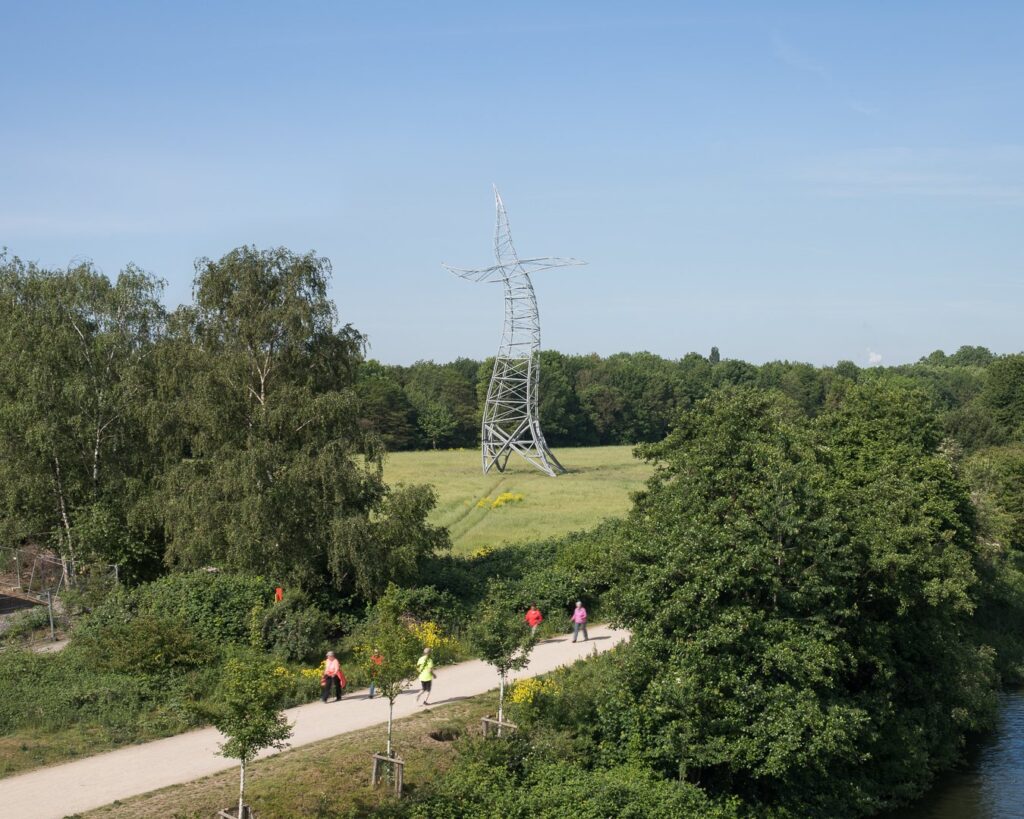 The artwork is located in the middle of the »Gehölzgarten« Ripshorst in a field next to the Rhine-Herne Canal and Emscher. 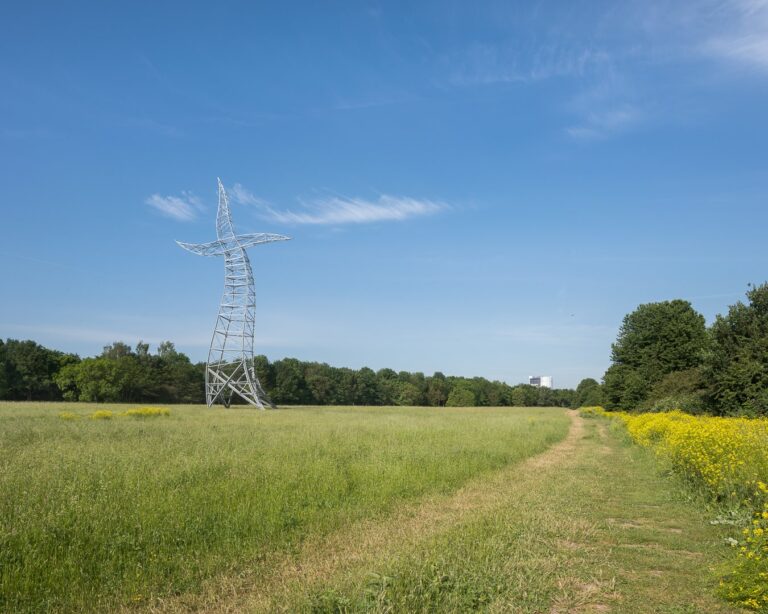 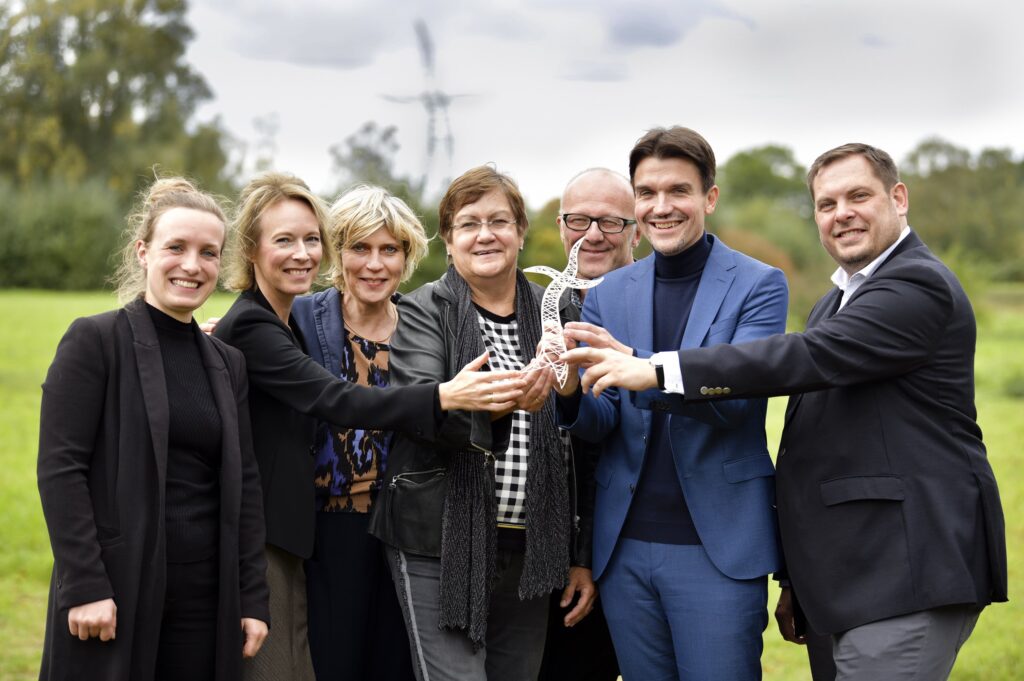 The artists’ group Inges Idee was founded in 1992 by Hans Hemmert (*1960 in Hollstadt, DE), Axel Lieber (*1960 in Düsseldorf, DE), Thomas Schmidt (*1960 in Nuremberg, DE) and Georg Zey (*1962 in Limberg an der Lahn, DE). Since then, the four artists have realised numerous, mostly large-scale works as art in public space and »art for buildings«. Their most humorous works are always related to their location and evolve from an intense exchange of ideas between the artists, each of whom is also independently active as an artist. The most recent projects realised by Inges Idee were »Step« and »Snowwoman« in Seoul in South Korea, and »Haste Töne« in Monheim in Germany.
→ Inges Idee