For his work »Walkway and Tower«, Tadashi Kawamata chose a location close to the waterway junction of the Emscher river and the Rhine-Herne Canal on the city margins between Recklinghausen and Castrop-Rauxel. It is situated at the eastern tip of the so-called Emscher Island, a 34-km strip of land running between the river and the canal. Following extensive renaturation measures, in 2010 it was converted into a local recreational area and became the venue for the first edition of Emscherkunst. Today, as then, the surroundings are marked by the conversion of the Emscher river and the landscape in the process of substantial transformation. 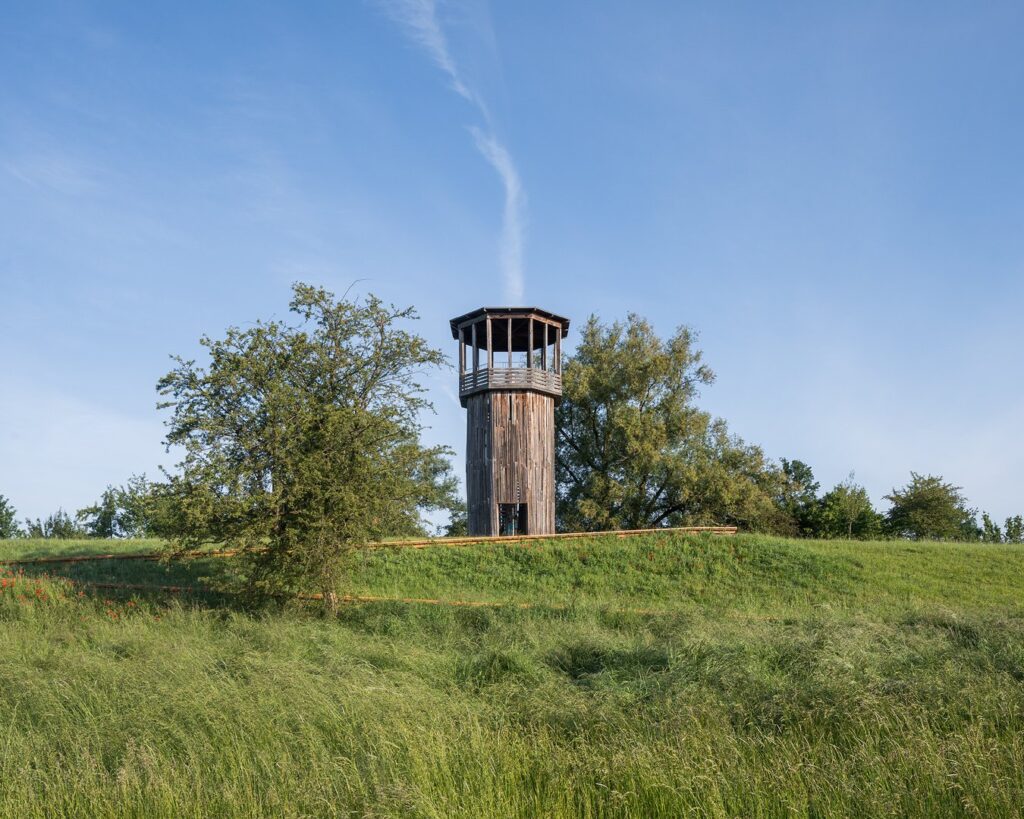 In his 2010 work Kawamata contrasted the horizontal sweep of the landscape with a vertical landmark in the form of a wooden observation tower. »Walkway and Tower« is a blend of architecture and sculpture, although the edifice’s function is hard to define. The 12-metre-high tower stands on raised ground beside the Emscher trail and can be accessed via a zigzagging wooden walkway. Having reached the top, visitors encounter not so much a spectacular panorama as a view over a calm and sparsely populated region. With the walkway and tower the artist prompts viewers to engage in active perception of the surroundings from several perspectives, but also to meditatively turn their gaze to their inner selves – a reminiscence of Japanese garden and landscape design. 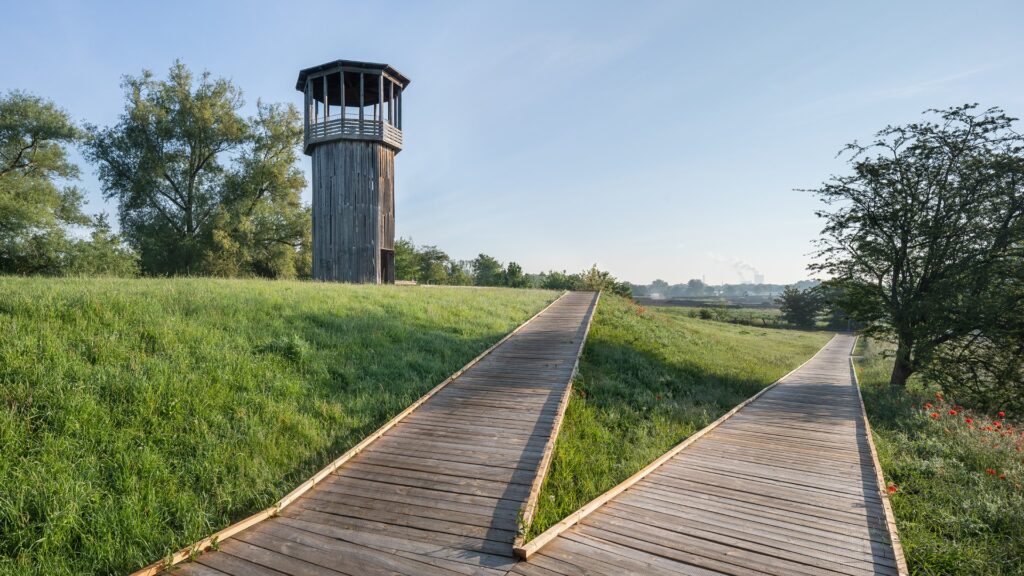 Kawamata deliberately chose wood to build his construction. For, similar to the surroundings on view from the tower, the wood it is built from is also in a permanent state of transformation through weathering, passing seasons and, not least of all, human intervention. Likewise, the provisional character of the edifice stands allegorically for the constantly changing landscape. With »Walkway and Tower« Tadashi Kawamata has created a place of contemplation which at the same time urges critical reflection on human interaction with nature as manifested in particular in such post-industrial regions as the Ruhr.
As part of restoration measures in 2019, the course of the wooden walkway was extended and slightly redesigned by the artist.


From Recklinghausen Hauptbahnhof (main station) take the bus 233 (towards CAS Henrichenburg Mitte) to the stop Castrop-Rauxel Emschertalweg, then continue on foot for about 1,5 km. 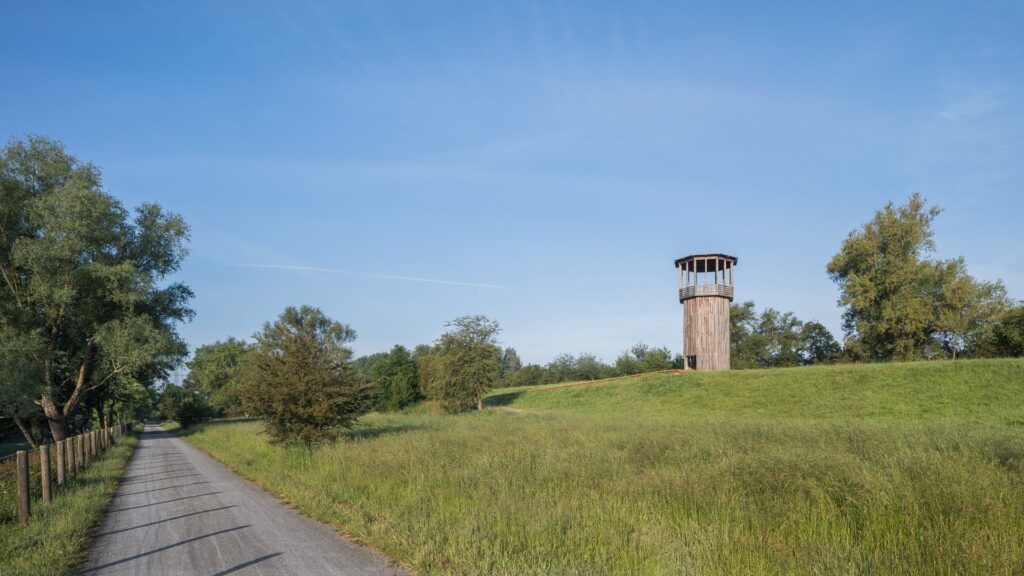 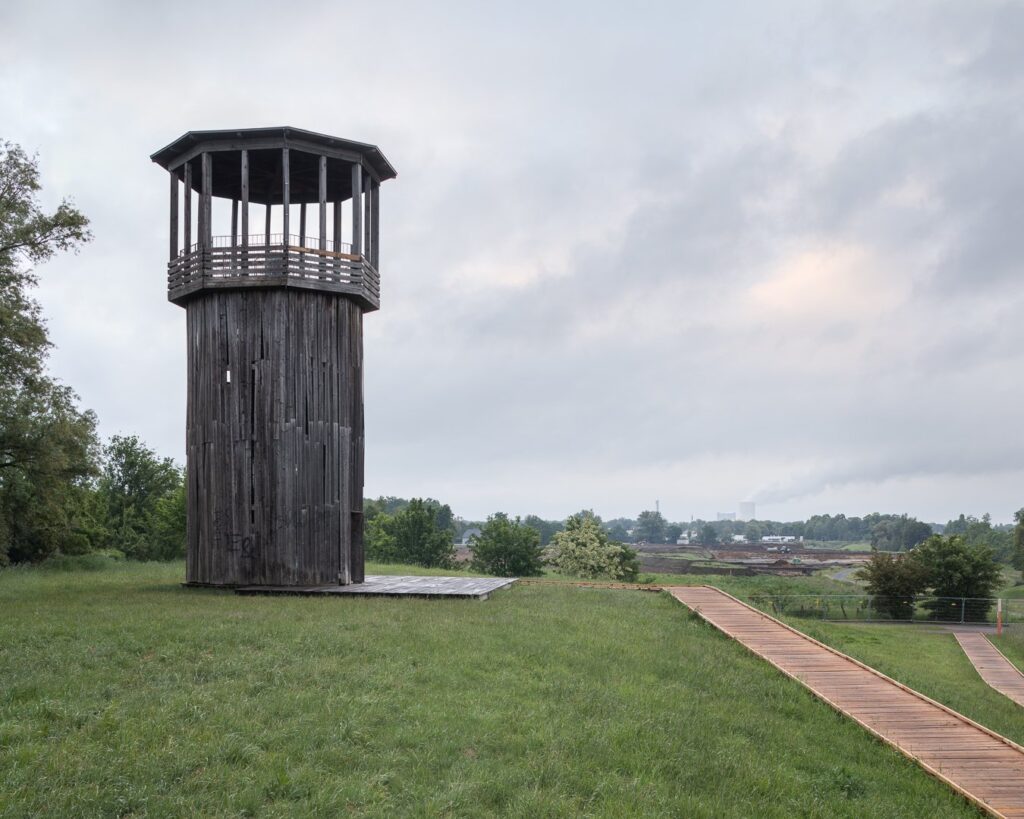 Kawamata’s »Walkway and Tower« offers different perspectives on the landscape. From the observation tower, the transformation of the Emschervalley can be impressively understood. 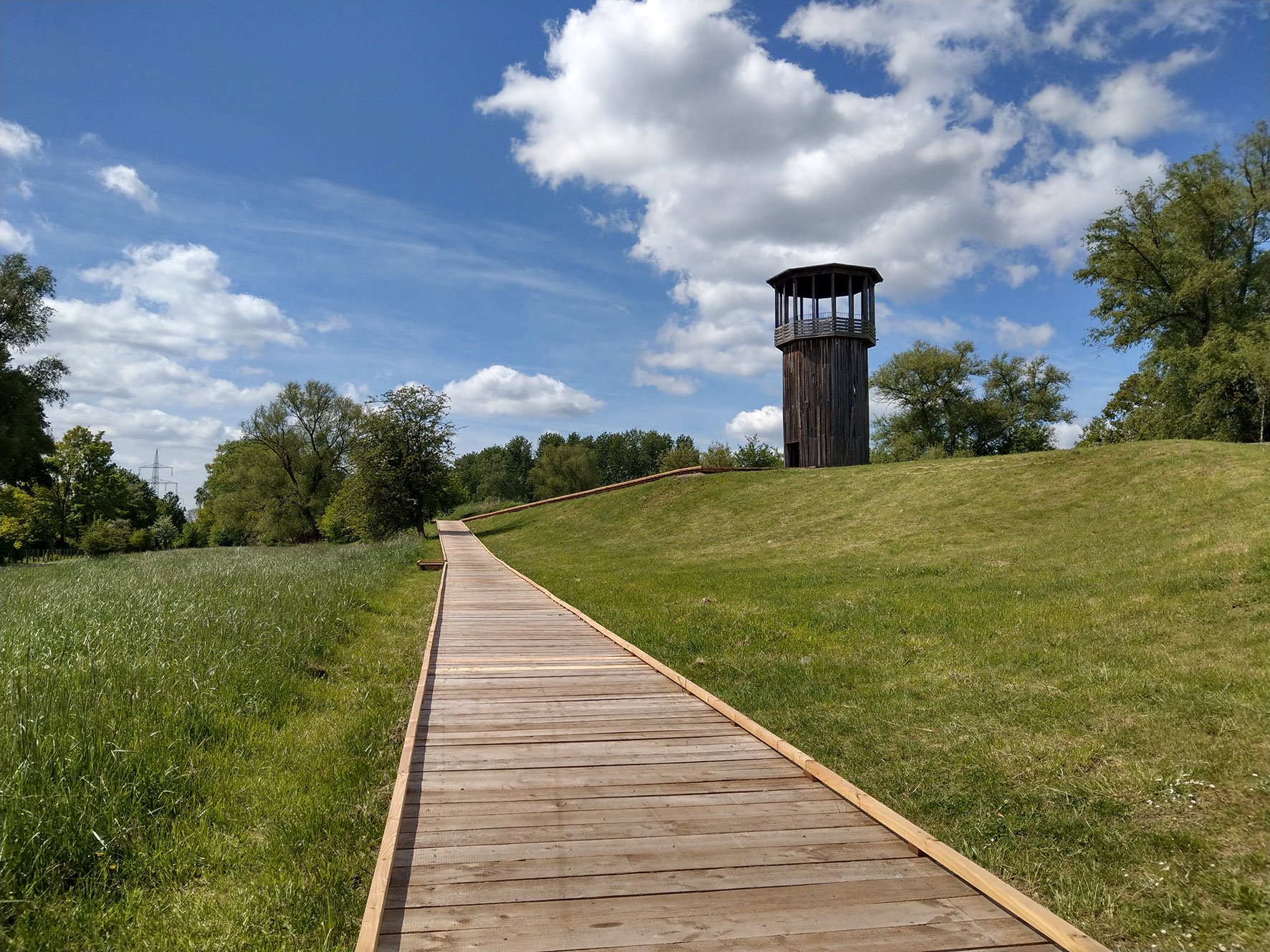 »I create a kind of movement that doesn't solidify in the objects.«

Tadashi Kawamata (*1953 in Hokkaido, JP) has created numerous works for public spaces throughout the world. One of his largest installations was the work »L’Observatoire« (2007) in Lavau-sur-Loire in France. Kawamata has also presented work at the 1982 Venice Biennale and at the 1987 documenta in Kassel. Between 2007 and 2019 he was professor at the École nationale supérieure des Beaux-Arts in Paris.