The Kunstakademie Münster (Academy of Fine Arts Münster) was invited to develop a contribution for each of the three editions of Emscherkunst. In an internal competition in 2016 altogether fifteen projects were selected by the academy and realised under the title »Stadt Raum Bewegung« (City Space Movement) in the vicinity of Rheinische Strasse in Dortmund. Among them were Samuel Treindl’s »Produktionsskulptur« and his artistic intervention »Vögel«.
The collaborative project »Produktionsskulptur« (together with David Rauer) consisted of a kind of open studio with a production line situated in Westpark. In several workshops local residents were invited to create objects of their own that could modify urban space. Treindl’s own works in or for public space often consist of process-led and participatory elements through which he calls into question production processes and perceptual habits, concepts of art and design, and overall aesthetic and social categories.
The point of departure for »Vögel« was a disused shop at Rheinische Strasse 131, where a now only partially intact neon sign on the dilapidated façade was a reminder of better times. The only remaining letters of the former shop name (»MÖBEL«, furniture) were »Ö« and »L«. Although these in themselves still spellt a word (meaning »oil«), their spacing was an invitation to find others to fill the gaps. In a play on meaning and purpose, the artist hand-crafted the neon letters »v«, »g« and »e«, thus transforming the former advertising message into the word »Vögel« (birds). In doing so, he didn’t simulate the original typography but gave the letters a fresh design to make them stand out clearly. The shop sign now no longer calls for customers and trade but offers an irritation: what message does it seek to convey? The humorous and poetic gesture of supplementing letters can sharpen our attention to advertising in urban surroundings, but it also guides our gaze upwards to the sky and perhaps lends wings to our imagination.

The light installation is currently not in operation. It is due to be overhaul as a venue for art in 2022.


From Dortmund Hauptbahnhof (main station) take the bus 453 (towards Bergmeisterstraße) to the stop Ritterstr./Unionsstr., then continue on foot for about 700 m. 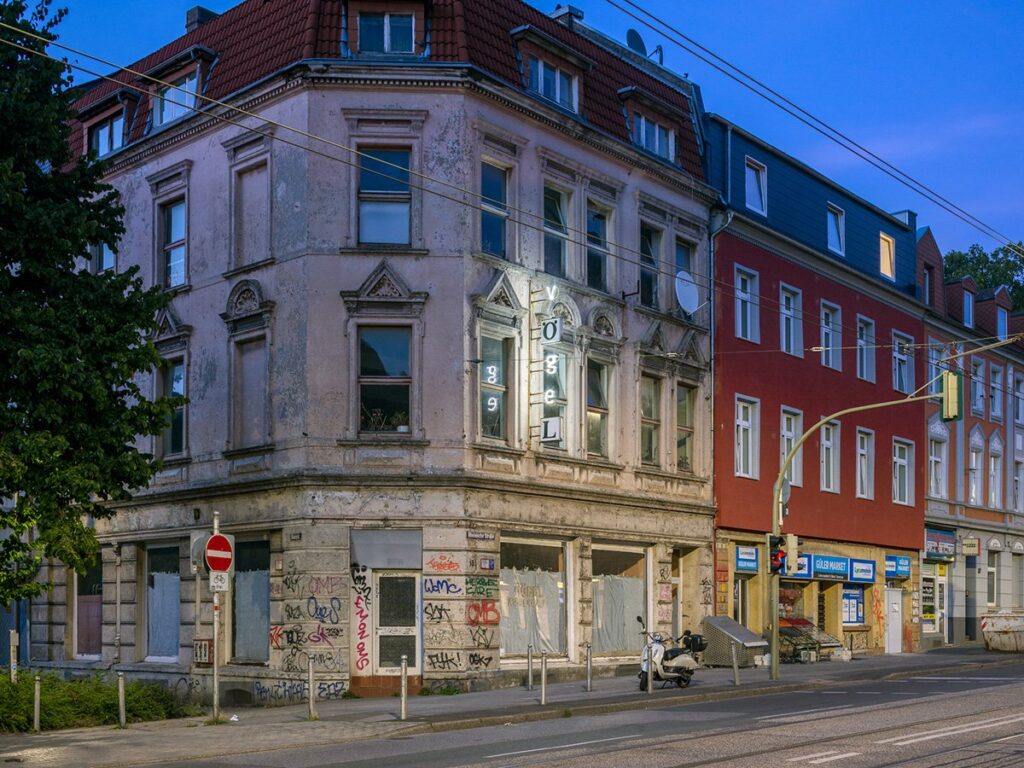 A small intervention becomes a poetic game with words and meaning. 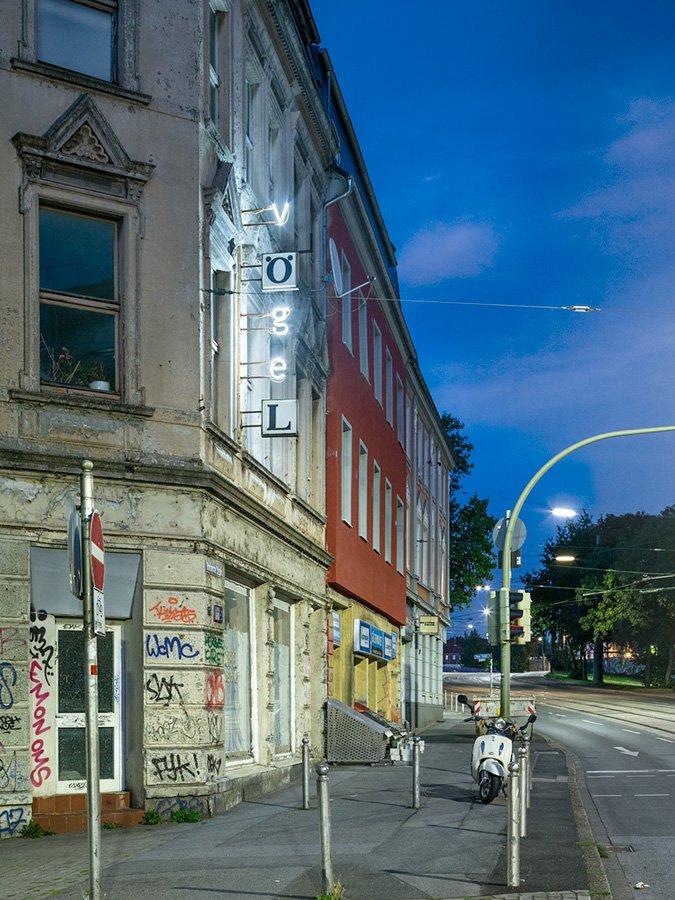 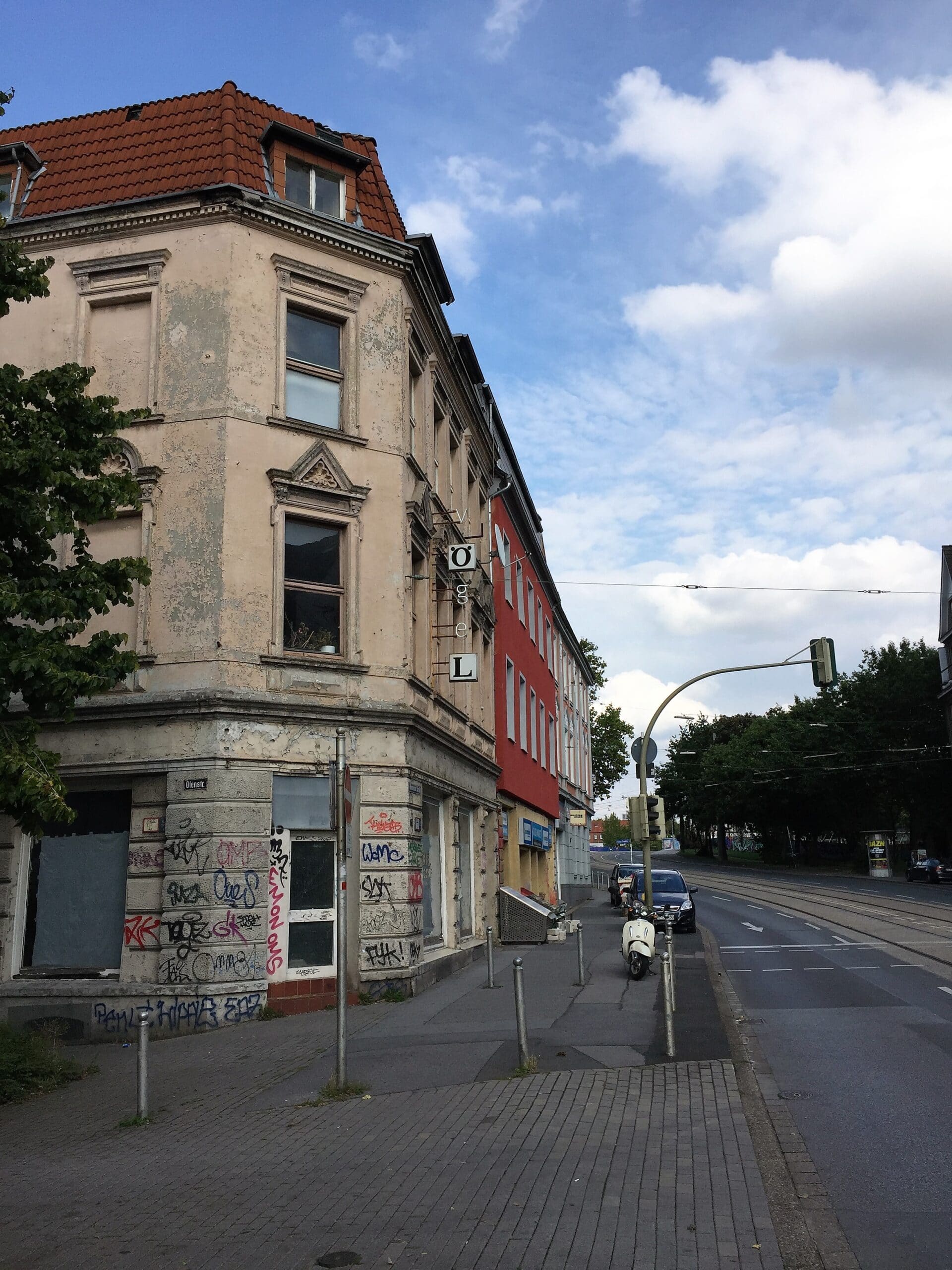 Insights into the manufacturing process.

Samuel Treindl (*1980 in Beuron-Hausen, DE) is concerned with materials research, process-oriented projects in public space and a constant scrutiny of aesthetic and social constructions. After training as a lathe worker, he studied product design at the Münster University of Applied Sciences, and then sculpture at the Münster Academy of Fine Arts under Ayşe Erkmen and Mariana Castillo Deball. Through his project »FFAP – Forschungsstelle für anarchistische Produktion« (Research centre for anarchistic production) he campaigns for the equality of all design and fabrication systems and produces art and design objects. He has already participated in numerous group and solo exhibitions.