In the 1990s, in connection with the restoration the Emscher river to a close-to-natural condition and the construction of an enormous, subterranean wastewater canal, numerous relatively small sewage treatment plants were shut down. One of those to close in 1997 was the plant in the Bottrop-Ebel district, where the Berne river flows into the Emscher. Rather than being demolished, it was chosen not only to be preserved as industrial monuments, but also to fulfil a new function as a park to meet the recreational needs of the local community. The landscape architecture office David | Terfrüchte + Partner proposed a masterplan which on the occasion of the 2010 Emscherkunst exhibition was supplemented with artistic interventions. 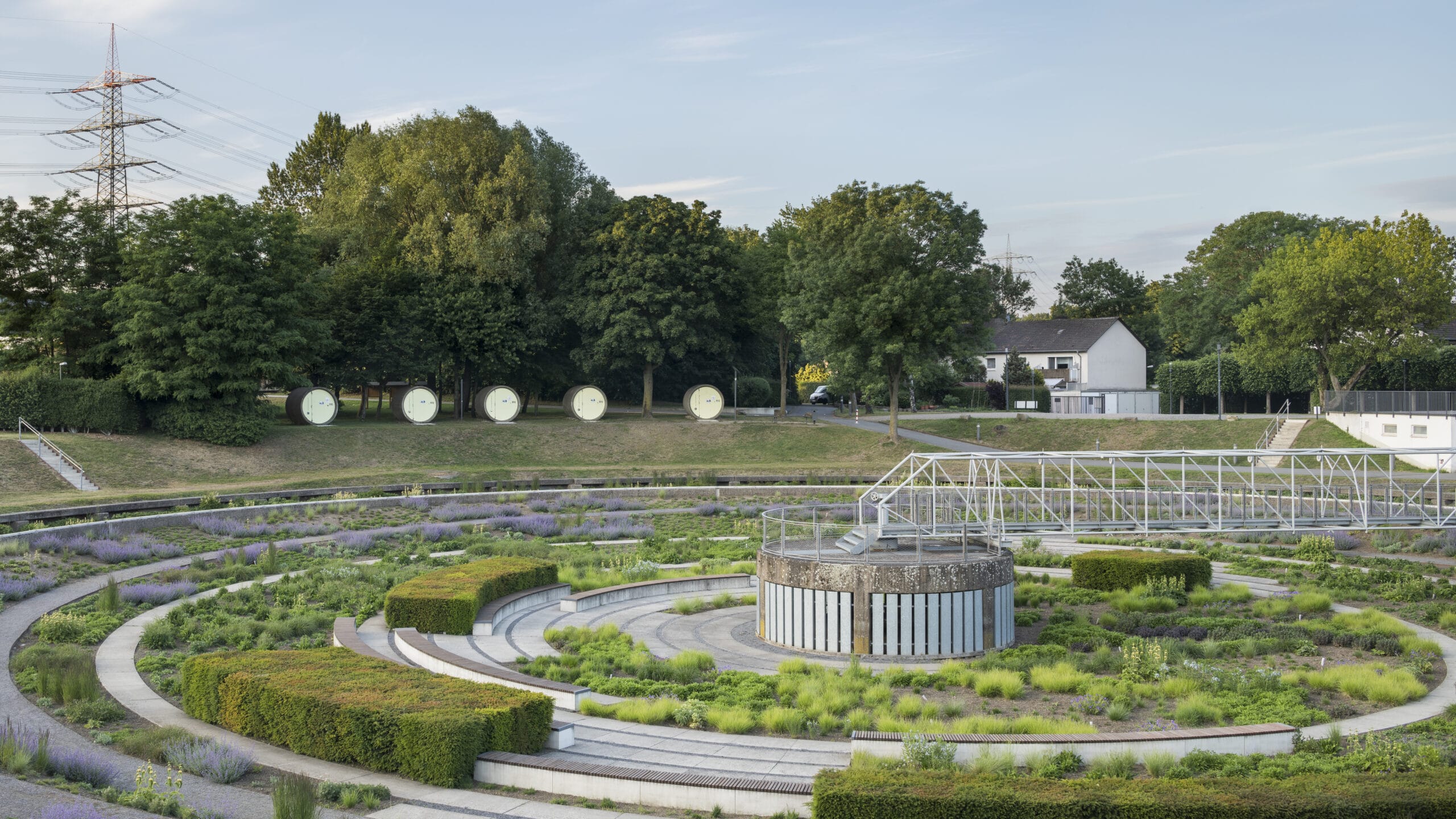 The garden artist Piet Oudolf, collaborating with the landscape architects GROSS.MAX, created the work »Theatre of Plants«. The concept was based on a conversion of the two former round clarifying tanks. Whereas one tank remains filled with water, for the other Oudolf and GROSS.MAX designed a gyrating, descending, walk-through garden. To this end, the basin was filled with earth and arranged in a horticultural composition of shrubs and grasses. Paths and seating structure the garden into a kind of labyrinth. Oudolf’s choice of plant varieties was guided primarily by aesthetic criteria, taking into consideration their changing conditions through the different seasons of the year. The beds are arranged in clusters, whereby various shrubs and grasses are repeated, but always with one particular plant dominating the ensemble and setting the tone. Through his work with perennial plants Oudolf is associated in gardening circles with the so-called New Perennial Movement, which champions the idea of sustainable garden design. In BernePark this concept also reckons with a regular flow of local visitors keen to witness the ever-changing spectacle of nature in flux. 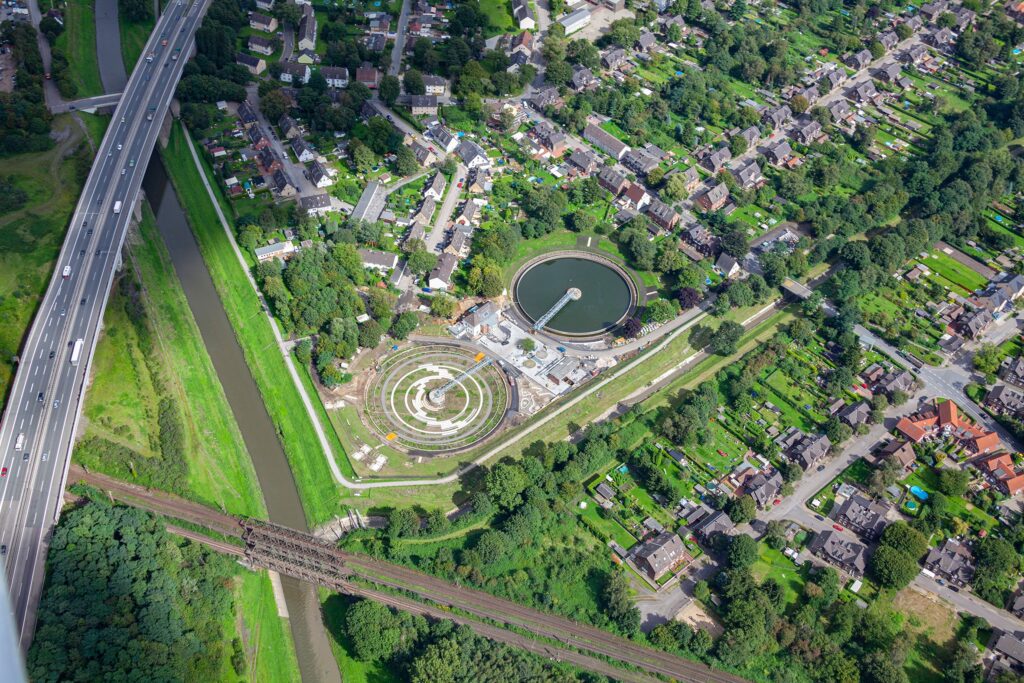 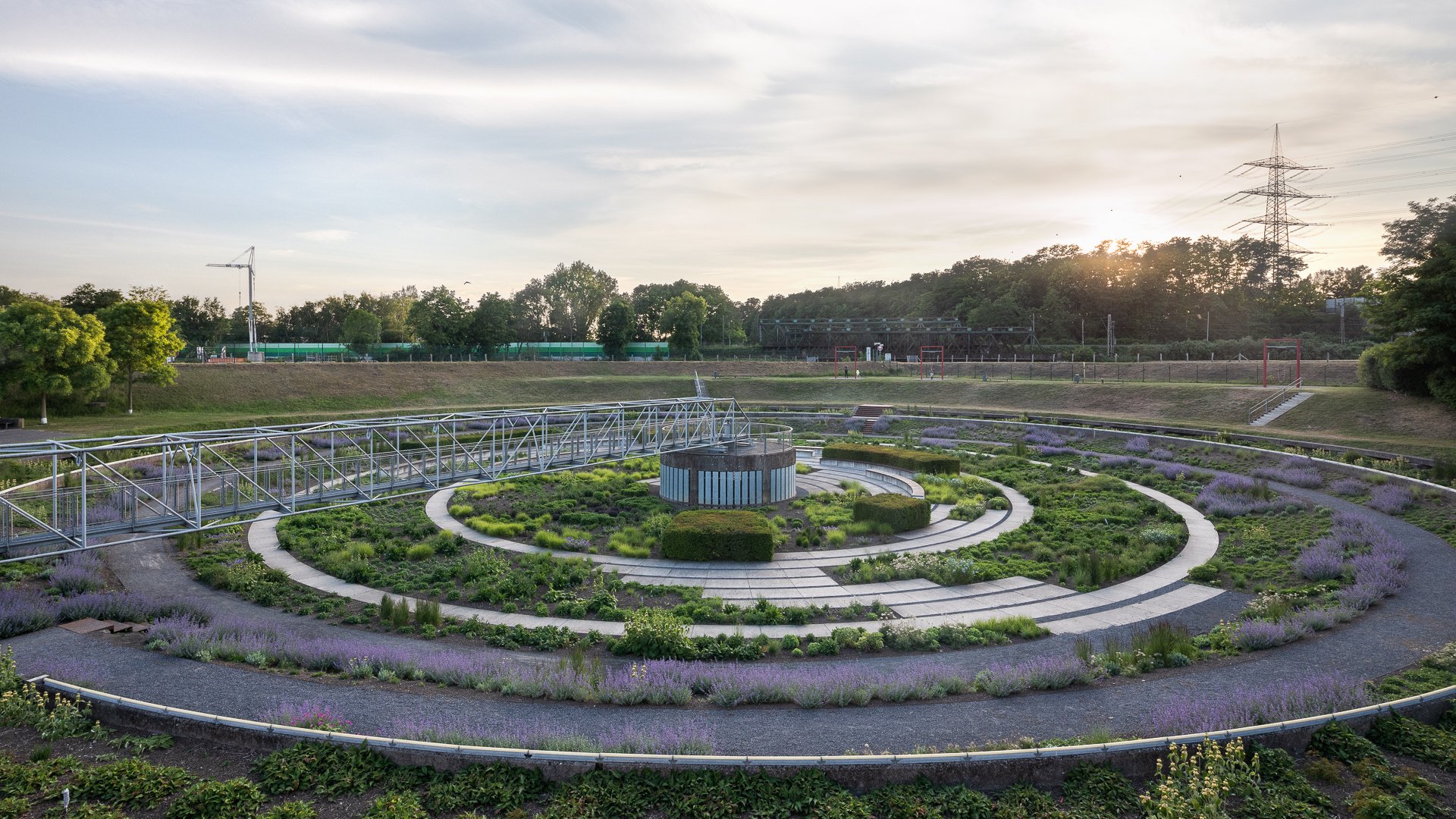 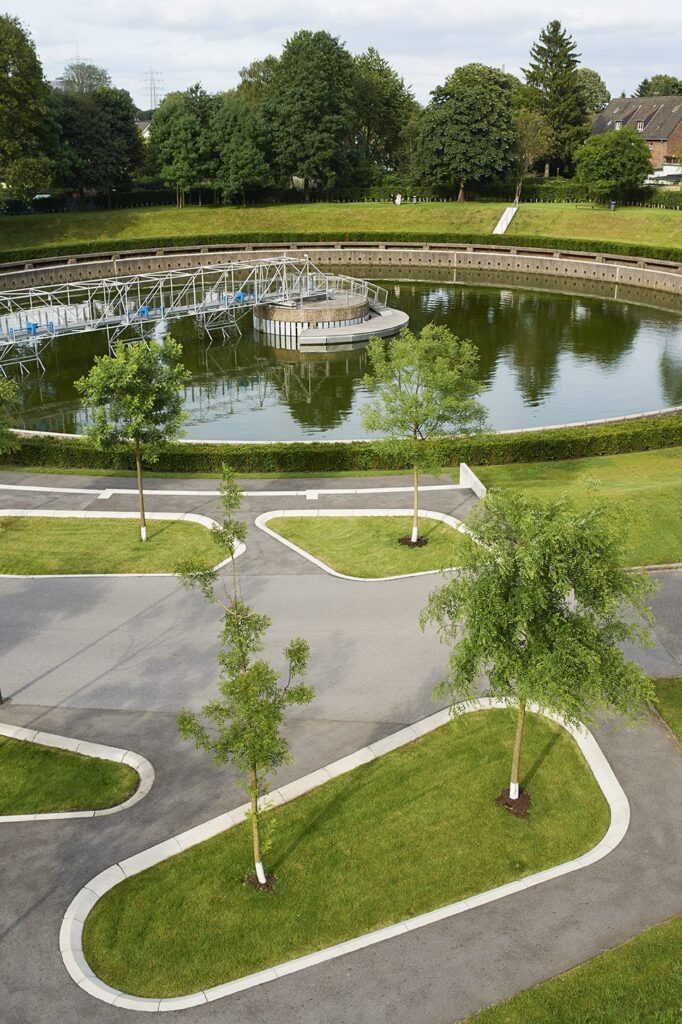 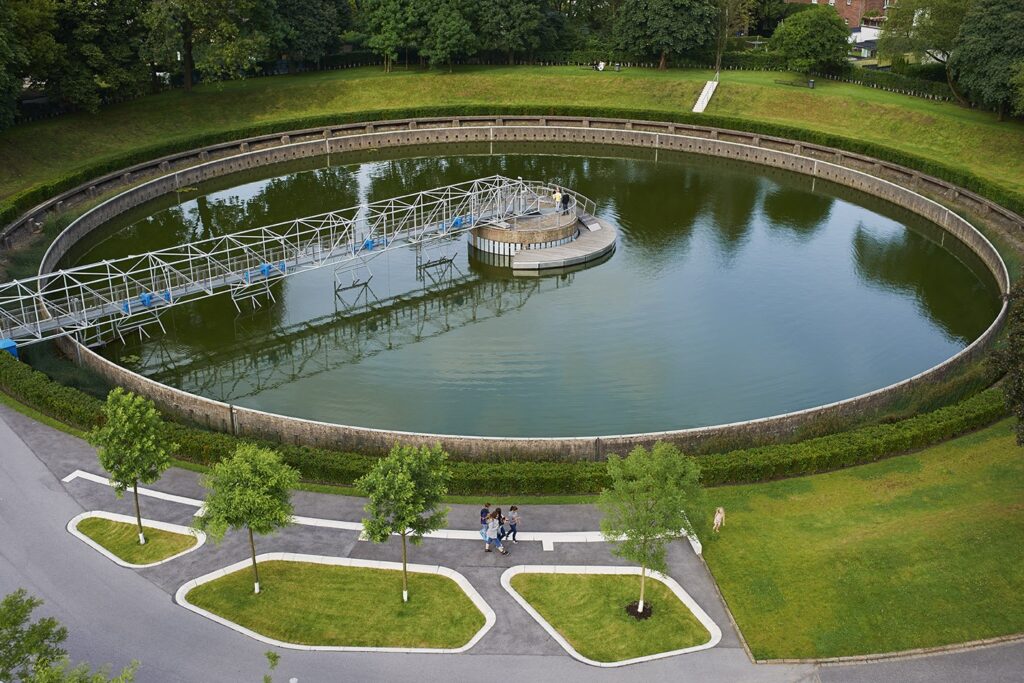 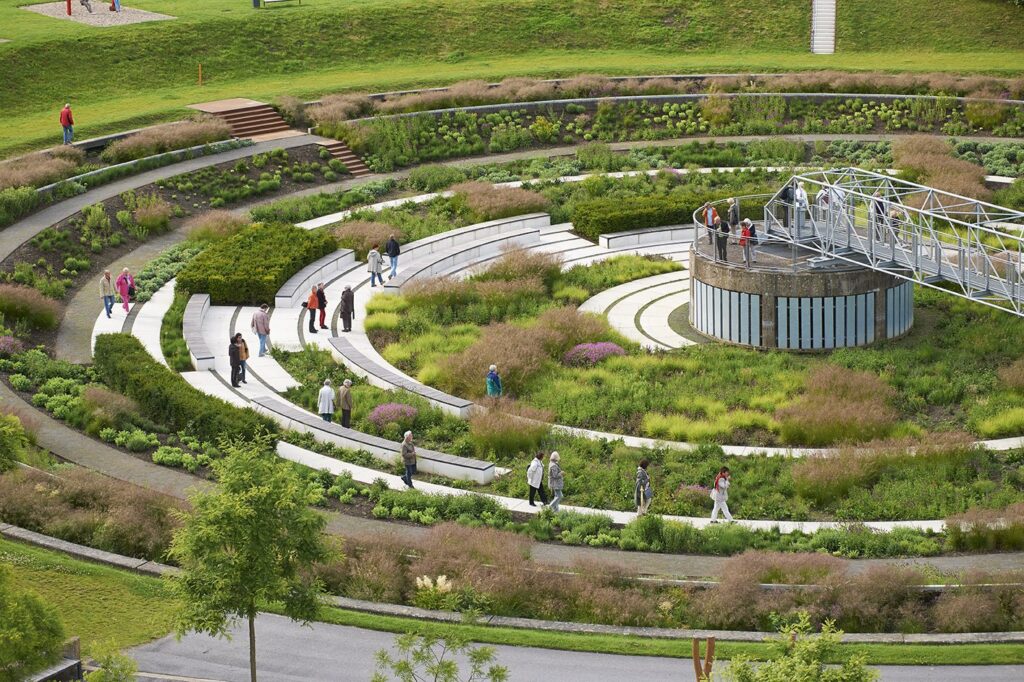 In October 2020, the »Emscherkunstweg: At Site» was at BernePark and presented the documentary »Five Seasons: The Gardens of Piet Oudolf. 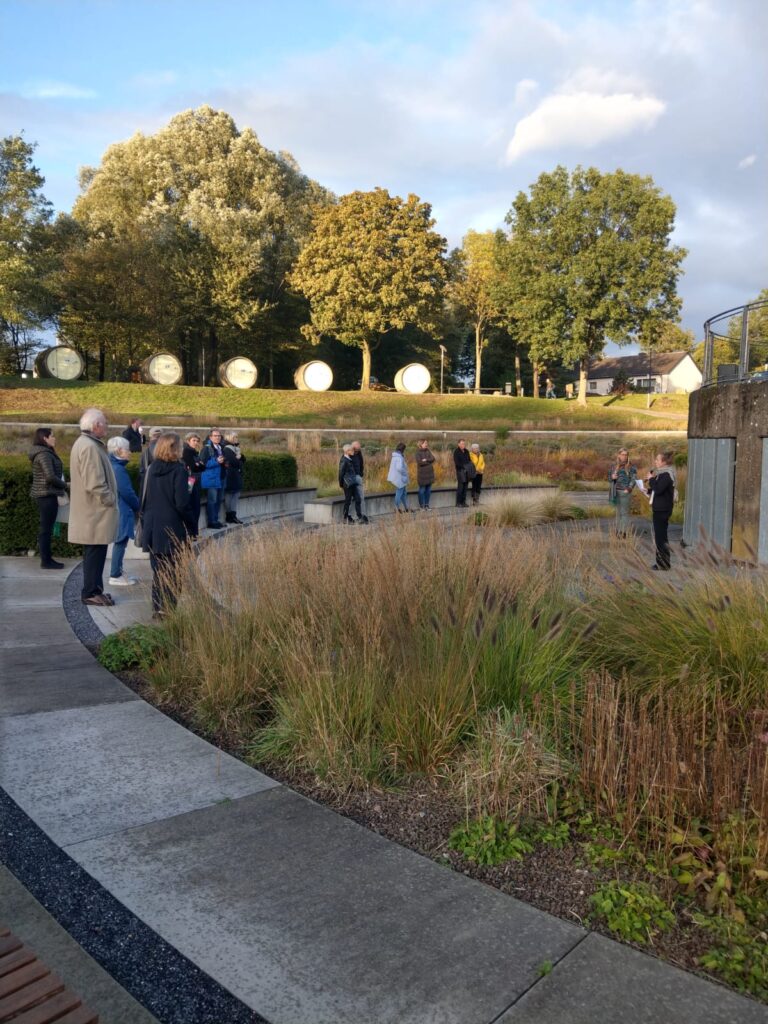 »For me, garden design is not just about the plants, but about emotion, atmosphere, a sense of contemplation.«

The garden artist Piet Oudolf (*1944 in Haarlem, NL) turned his attention to gardening and landscape architecture at the age of twenty-five. Up until 2010 he and his wife Anja ran a centre for ornamental garden design in Hummelo near Arnheim. Initially influenced by the austere style of the Dutch garden designer, Mien Ruys, he gradually developed a more naturalistic, painterly style and established a garden design closely tuned to nature. One of his most prominent works is the »Garden of Remembrance« in Battery Park and the garden design of the »High Line«, both in New York. In Germany he is known for projects such as the gardens in Maximilianpark in Hamm and in Bad Driburg.

The landscape architecture office GROSS.MAX was founded in 1995 by Eelco Hoftmann and Bridget Baines in Edinburgh. Their practice develops strategies for urban design and regional and landscape planning, as well as developing design projects for public parks and squares.