Spirits of the Emscher Valley

Originally, »Spirits of the Emscher Valley« was intended for the 2016 Emscherkunst exhibition as a kind of parkour linking three sculptures. The “spirits” consisted of the two works »Vogelfrau« (Bird woman) and »Totem mit Elster« (Totem with magpie) that were installed during the exhibition on the southern shore of the Phoenix Lake in Dortmund’s Hörde district, then later shifted to the Emscher-Weg (Emscher cycling path) on the other side of the lake. A third sculpture, »Beobachter (Oraculum)« (Viewer), was originally installed on the grounds of the Hansa coking plant in the Huckarde district of Dortmund but is now no longer preserved.
The works came about in a participatory process with people who have a personal relationship to the Huckarde and Hörde districts near Dortmund. In this way, the artists Lucy and Jorge Orta wanted to give expression to the spirit of the new Emscher Valley. The aluminium sculptures were developed from tales and collective memories recounted by the participants, and from their philosophical reflections. Many of the participants had actively witnessed the era of the steel industry in the Phoenix-West and Phoenix-Ost foundries that were gradually shut down prior to 2001, thereby marking the end of Dortmund’s heavy industry. The Phoenix-Ost plant was dismantled and exported to China. In its place, in 2011 the grounds of the former steelworks were transformed into the Phoenix Lake as a local recreational area and are now a premium residential district. 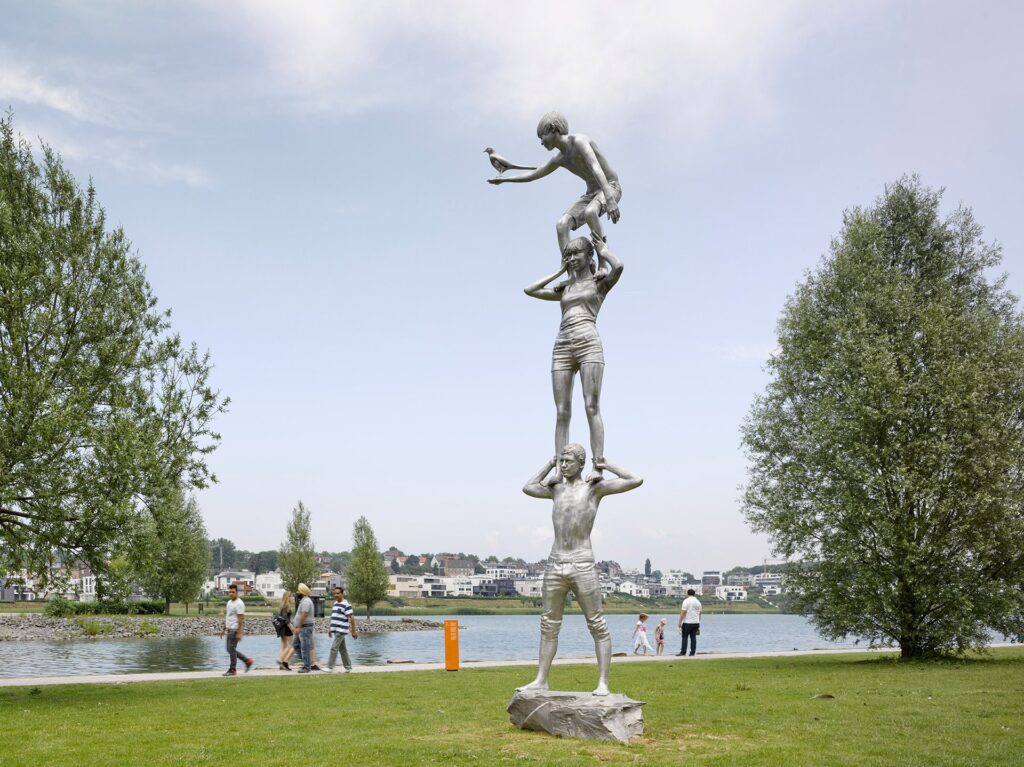 Together with the inhabitants of the Emschervalley, the two sculptures were created on Phoenix Lake, transporting the spirit and history of the places for which they are made.

In allusion to the name of the former steel foundry and the new lake, the »Vogelfrau« represents a chimera between a woman and a bird, a reference to the legendary phoenix of Greek mythology. The »bird woman« arises like a »phoenix from the ashes« and looks vigorously towards the future. The »Totem with magpie« is composed of three figures of children carrying each other on their shoulders, with a magpie perched on the outstretched arm of the uppermost figure. The youth at the bottom bearing the other two is standing on a lump of coal, jutting out of which is a diamond. As the most precious manifestation of carbon, the gem alludes to the region’s formidable economic past. With its use of naturalistic formal language the artists’ collective is playing on historical and mostly heroised depictions of coal miners. On the one hand, »Spirits of the Emscher Valley« pays tribute to the people who laboured in the steel and coal industry, on the other the youth of the figures therein depicted deliberately shifts the focus onto a new generation.

Address
Bikeway above the bridge above Faßstraße
44263 Dortmund


From Dortmund Hauptbahnhof with U41 (towards Clarenberg) to the stop Willem-van-Vloten-Straße, continue by foot for about 300 m. 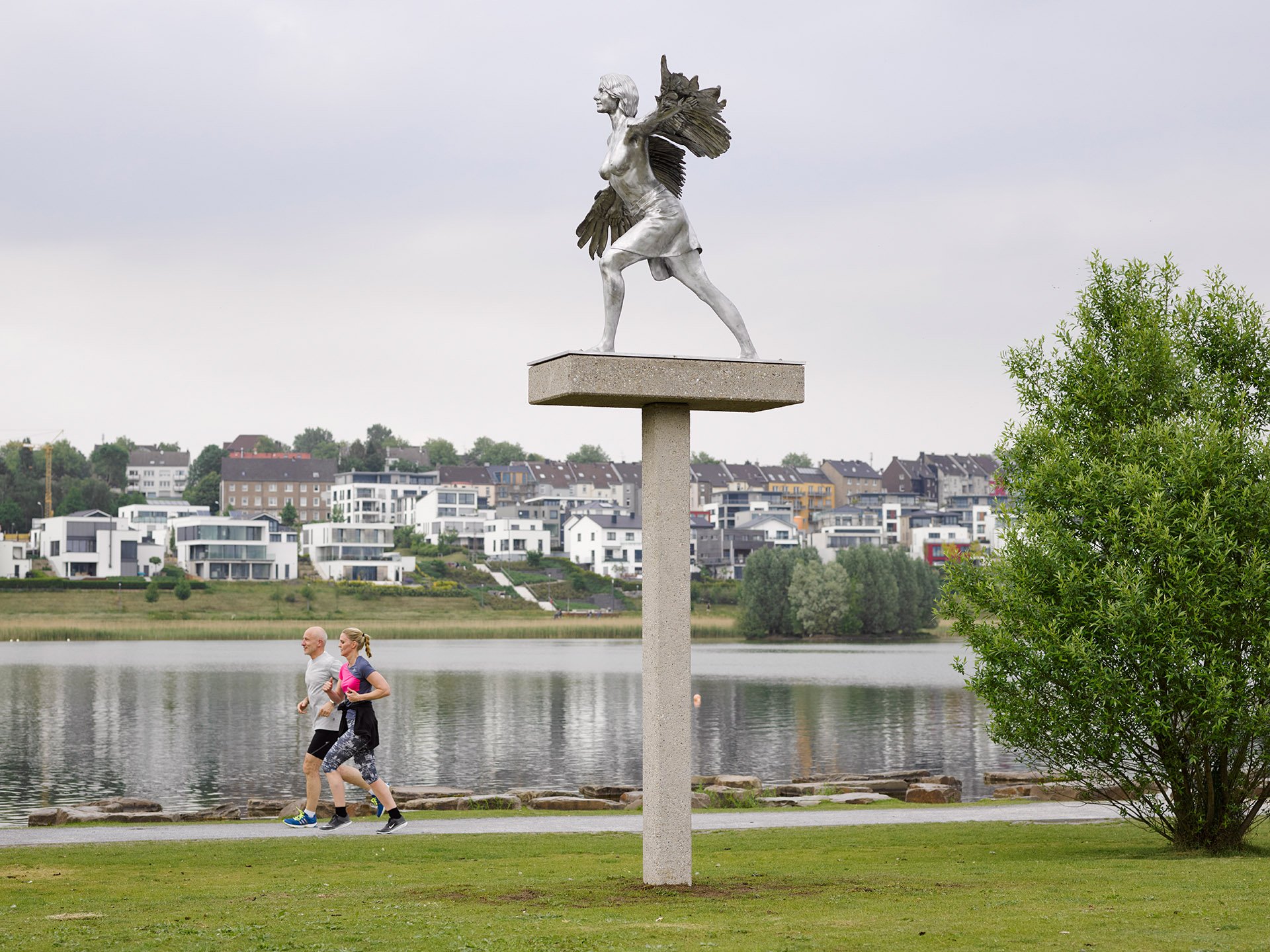 Lucy Orta (*1966 in Sutton Coldfield, UK) and Jorge Orta (*1953 in Rosario, AR) have been working together as an artists’ collective since the 1990s. Their work focuses on social and ecological issues and their artistic practice frequently assumes a collaborative form. They work with a wide variety of technologies and media ranging from drawing, painting, sculpture and photography to fashion design and film. Their Paris studio »Les Moulins« also serves as a kind of arts centre where they have built up a collective entourage dedicated to artistic research and the production of contemporary art.