Monument for a Forgotten Future

On the Emscher island near the Gelsenkirchen Locks, just a short distance from the cycle path next to the Emscher one unexpectedly encounters a huge rock formation. As one approaches, a quiet music becomes audible that seems to be emanating from inside the mountain. Embedded on sand, the mountain has a strange appearance, as if a glacial boulder had somehow found its way to this spot. In fact it is an artistic work by Olaf Nicolai and Douglas Gordon, created for the 2010 Emscherkunst exhibition.
Olaf Nicolai built a faithful reproduction of a rock formation in the Joshua Tree National Park near Los Angeles und installed it on the highest spot of the so-called Wild Island between the Emscher river and the Rhine-Herne Canal. The artificial mountain itself sits on top of an artificial mound, namely a waste tip made of the soil excavated during the construction of the nearby locks and the Rhine-Herne Canal. This aside, nature here has been left to its own devices. Visible in the background is the vast industrial scenery of the Ruhr Oel refineries.
This »unnatural natural phenomenon«, as Nicolai describes the work, consists of a steel frame coated in shot concrete, which at first sight looks deceptively similar to a massive natural rock formation. But the mountain is hollow, and on the inside harbours a sound system which during the summer months plays a looped, 23-minute composition by the Scottish band Mogwai, »Music for a Forgotten Future (The Singing Mountain)« that was commissioned by Douglas Gordon. 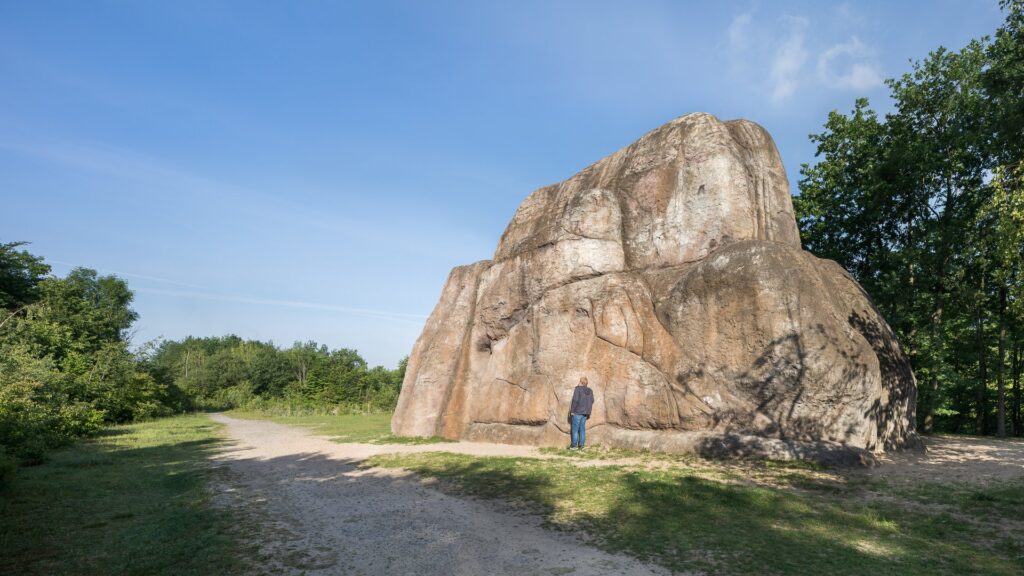 »Monument for a Forgotten Future« can be taken as a symbol for the extensive conversion of the landscape in the Emscher valley and emphasises that even seemingly wild nature can in fact be human-made and thus subordinate to human interests. At the same time, this allusion to one of the most famous national parks in the US evokes a romantic image of untouched nature: the touristic fascination of Joshua Tree’s desert landscape lies not only in its unique vegetation and characteristic rock formations, but also because it is the epitome of the US ›frontier landscape‹ whose romanticism and monumentality stand for the departure into the New World.


The artwork is best to reach via the → Insel-Tour (island-tour). 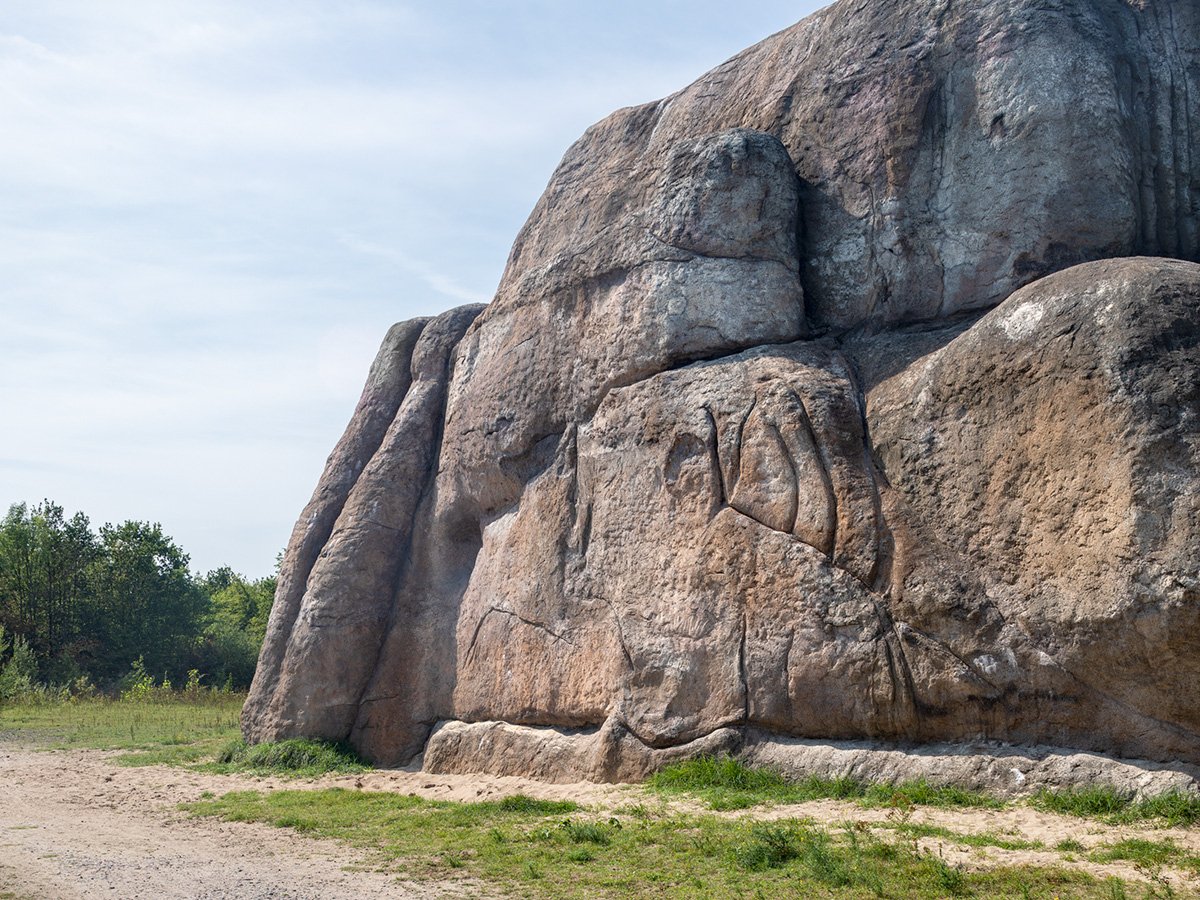 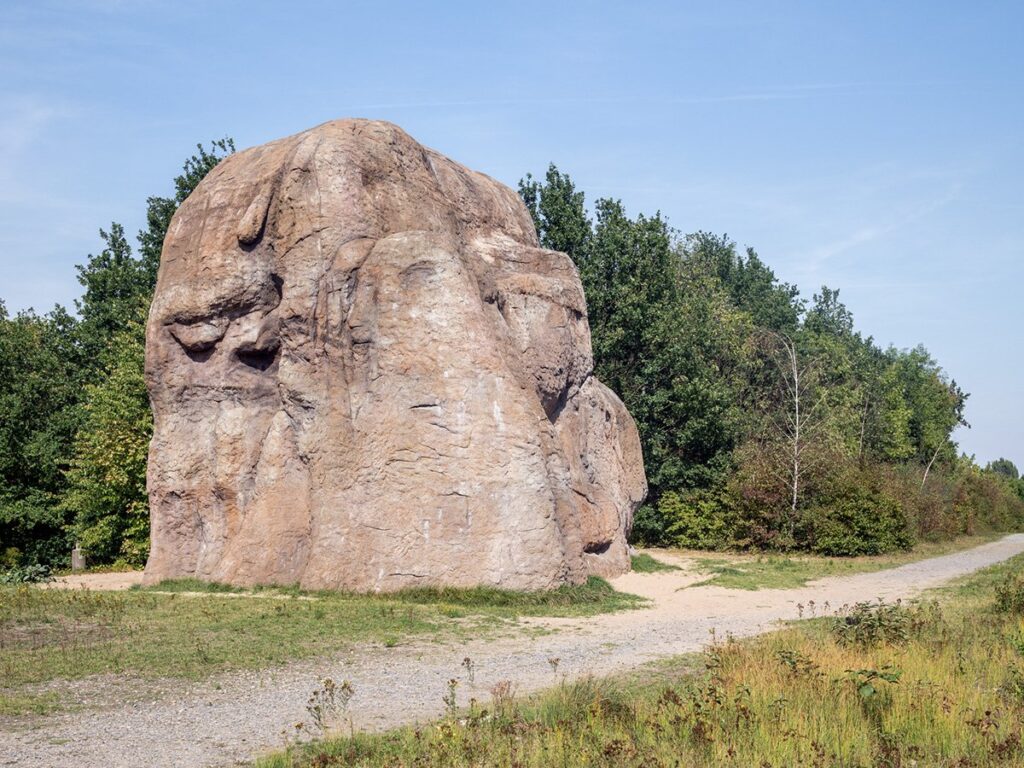 The »Monument for a Forgotten Future« is located on the Wild Island, where the vegetation is more or less left to its own devices. 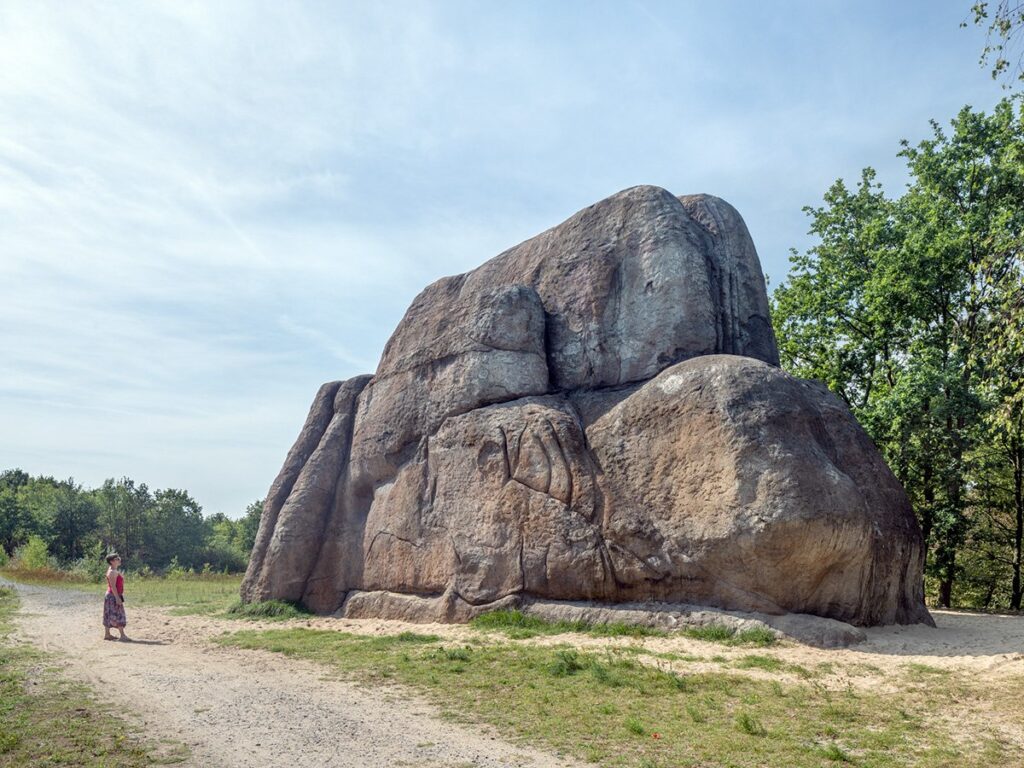 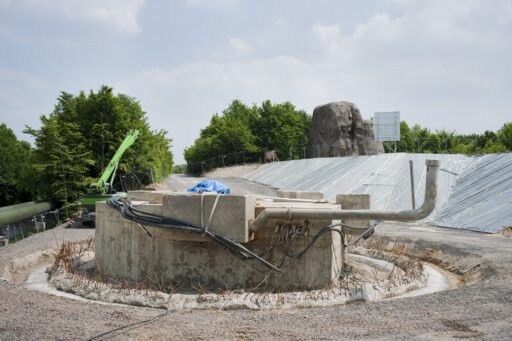 Covering an area of some 150 sq. metres, the construct carries 123 tons of concrete.

»Today's landscape planning regards the landscape as a place which, due to its qualities, represents a value to be accumulated, such as attractiveness, leisure activities, etc. By setting an object as a quote, such processes are both thematized and their potential is questioned.«

Olaf Nicolai (*1962 in Halle/Saale, DE) studied German philology in Leipzig; following German reunification and his completed doctorate in 1992, he started working as an artist. Adopting a conceptual artistic approach, he works in various media and collaborates in many projects with different artists. His contribution to the 2010 Emscherkunst exhibition evolved in cooperation with Douglas Gordon.

Douglas Gordon (*1966 in Glasgow, UK) studied at the Glasgow School of Art and the Slade School of Art in London. In 1996 he won the prestigious Turner Prize. He works on interdisciplinary and trans-medial projects, frequently with film and sound. He achieved acclaim with his installation »24 Hour Psycho«, in which he extended Hitchcock’s classic to last an entire day. Playing with perception – especially with the deceleration of time – has become, as it were, a hallmark of the Scottish artist’s work.