For Emscherkunst 2016 the Berlin landscape architecture office atelier le balto transformed a large, overgrown hazelnut grove close to a motorway slip road in Dortmund into a place for repose on the banks of the Emscher river. The landscape design preserved the site’s original character, whereby atelier le balto incorporated sculptural accents by making targeted removals and additions of the site’s vegetation. In addition, the area in and around the hazelnut grove was structured with wooden walkways, decks and paling fences.
The artists discovered this unusual location in Dortmund during an exploratory bike tour they undertook along the Emscher. What first appealed to them was the hazelnut grove, which consisted of several large bushes, reminding them of a naturally grown spatial architecture. Furthermore, it struck them that the site – although ostensibly somewhat inhospitable – was much-frequented. It is situated between an industrial zone and Dortmund’s harbour area, while at the same time quite close to the city centre. 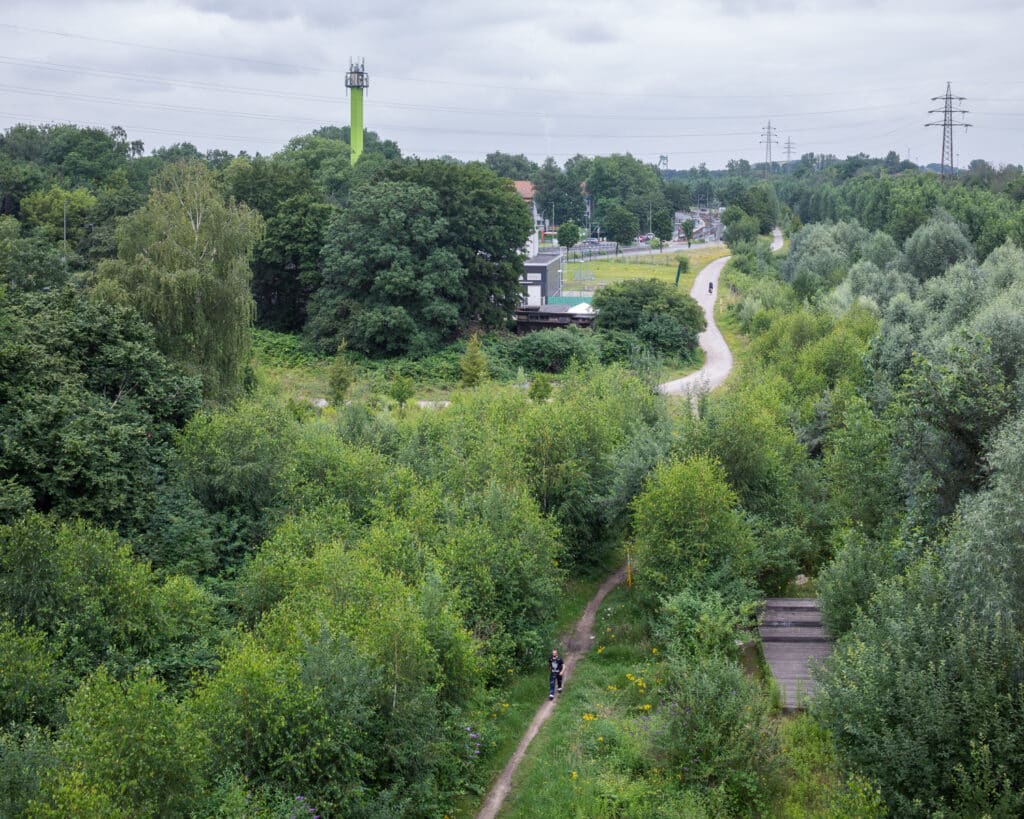 Atelier le balto describes the site itself as a kind of prototype of a ›non-place‹, a term coined by the ethnologist Marc Augé. The debate surrounding this theme often provides the context for the group’s artistic work. But here, the non-place is also a place of transit. Lodged beneath a six-lane road and the twin-track railway line, it is also used by people out walking and cyclists as a place of refuge between the former Emscher wastewater canal and a further multi-lane traffic artery. 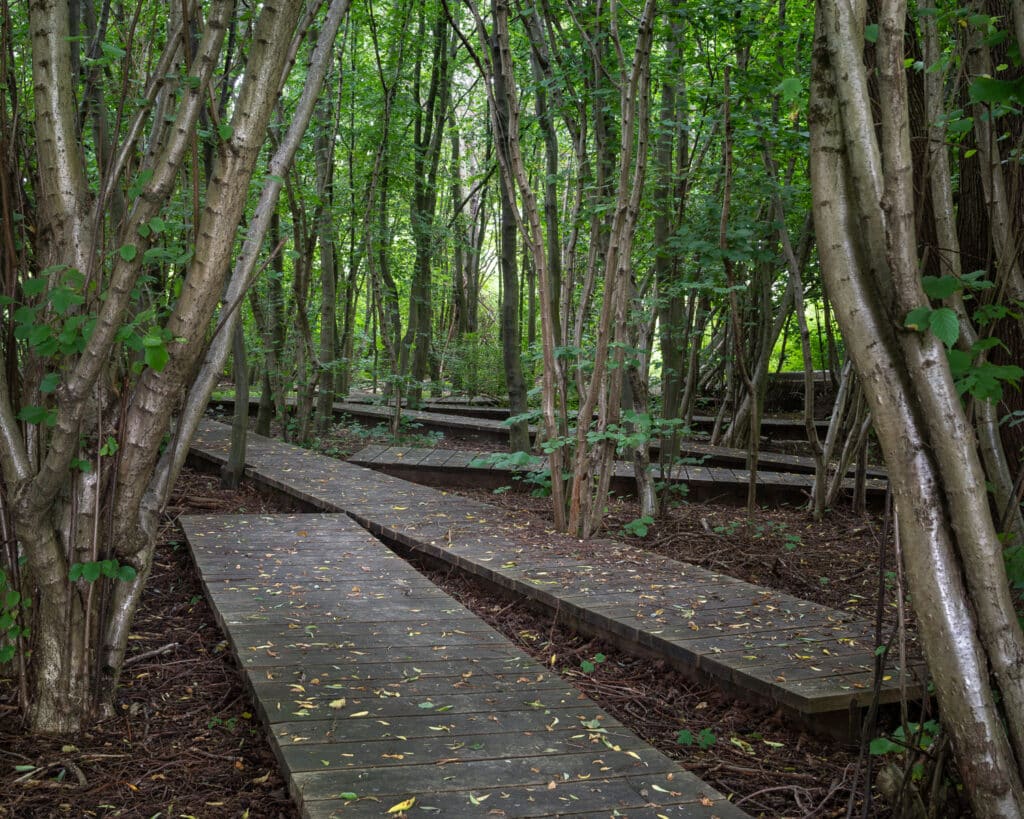 Via footbridges you reach the interior of the Hazelusshain. Platforms invite you to linger. 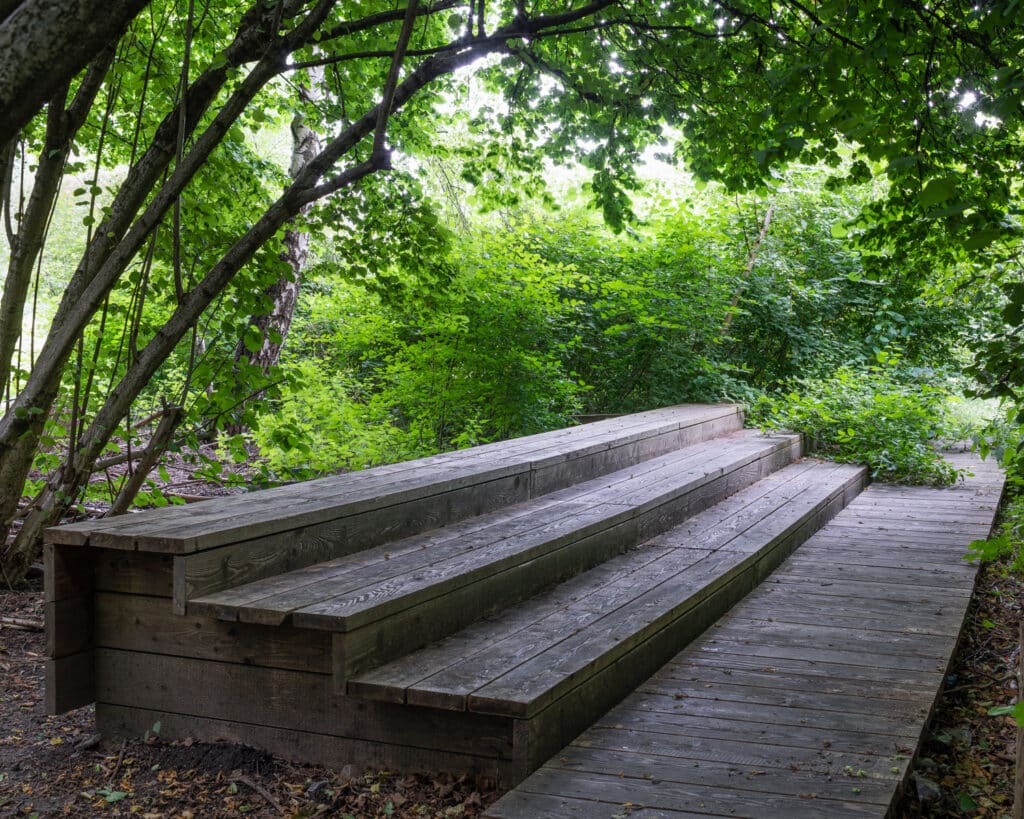 In a simple yet striking gesture, the collective has infused the previously undefined space with a new dimension: the quality of lingering. The wooden structures with walkways and terraces encourage passers-by to linger and stay, making it a place that can be experienced. Allow yourself to be led and you will arrive in centre of the grove and discover a change in perspective as well as a different acoustic ambient. Suddenly, all noise of traffic and trains is muted. A rising, tribune-like structure close to the Emscher river offers a tentative glimpse over the already renaturated waterway. 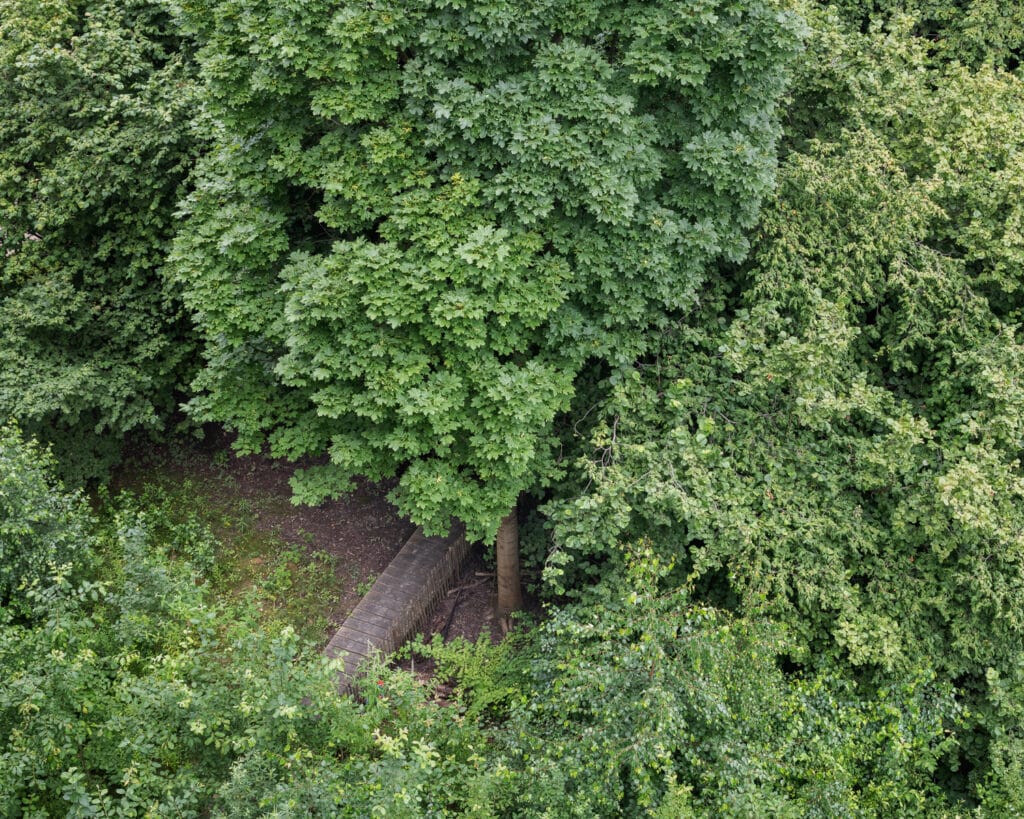 
From Dortmund Hauptbahnhof (main station) take the U47 (towards DO-Westerfilde S- & U-Bahn) to the stop Insterburger Strasse, then continue on foot for about 450 m. 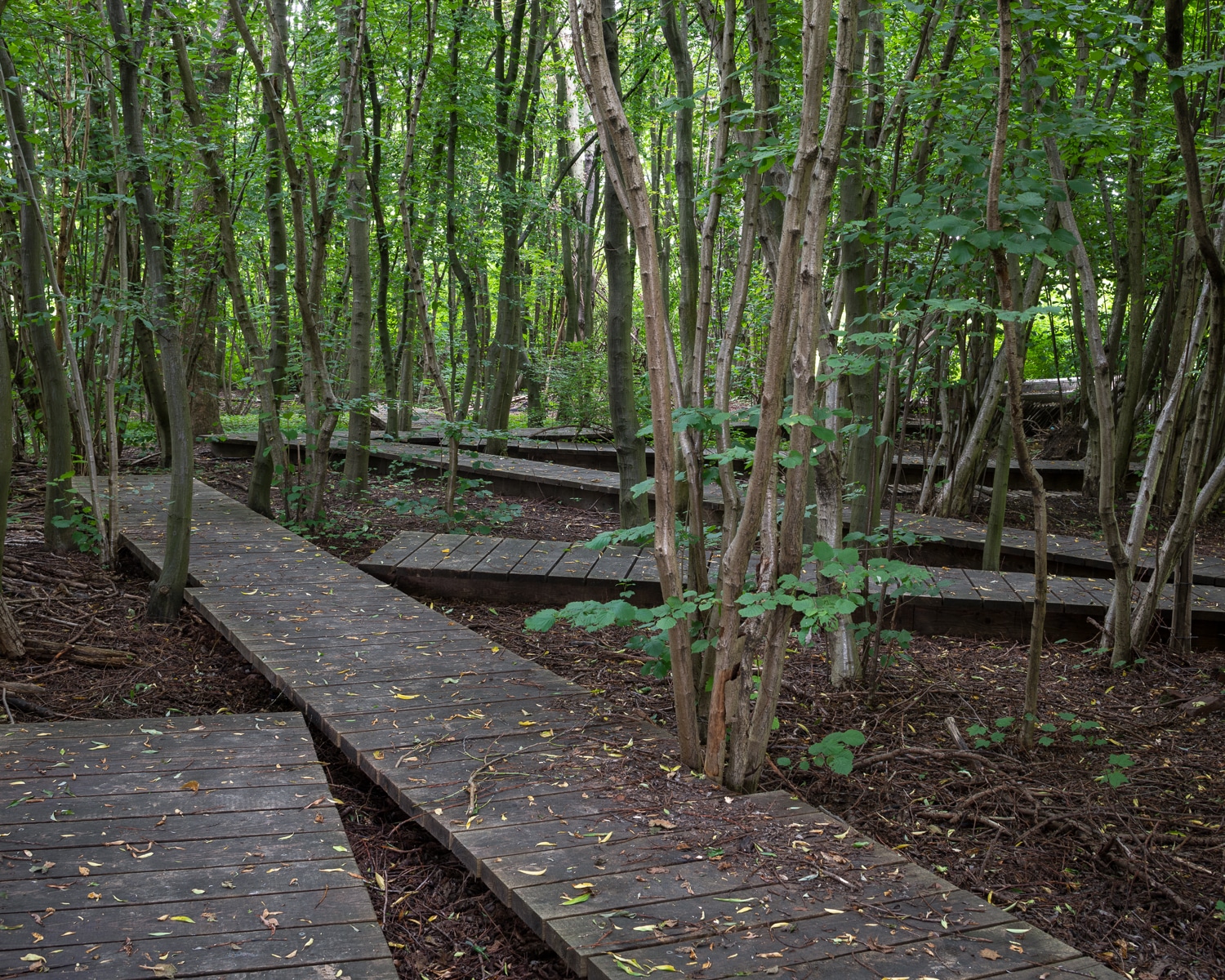 »How it feels to take an ›art break‹: just take a deep breath and stop! The feeling quickly arises as if time had stood still; you see things differently. We want to create this feeling with our work [...].«

Véronique Faucheur (*1963 in Oran, FR) and Marc Pouzol (*1966 in Bourg-la-Ceine, FR) are the two members of atelier le balto. »Kunstpause« was realised in collaboration with Marc Vatinel (*1967 in Lille, FR). The key focus of the Berlin-based collective is the transformation of public spaces. Their work is characterised by minimal architectural and horticultural interventions in the respective found setting. In this way they open up frequently isolated, overgrown or abandoned, fallow inner-city green spaces, but also gardens and parks, invest them with new aesthetic appeal and make them accessible (or return them) to public use.