»The Emscher – black river evermore« was the title of an essay written by Gunther Annen, former manager of the Emschergenossenschaft and Lippeverband waterboard. Published in 1987 in the journal »Forum Städte-Hygiene« (Forum for Urban Hygiene), Annen describes how the Emscher might be restored to an odour-free river. The solution he suggests is to use the biological clarification plant in Dortmund-Deusen. By the same token, however, he points out that by constructing preliminary treatment works we should not delude ourselves into thinking that the Emscher »could be transformed into a river with clear water. It will look better than it does now but it will still be murky.« And, as Annen added, nor could fish be expected to thrive in the former »dung stream«.

But things turned out differently. When in the late 1980s the risk of further land subsidence abated following the northward relocation of coal mining, the idea of constructing an underground wastewater canal was realised. So in the early 1990s, the second transition of the Emscher got underway. Since then, in a mammoth process, little by little the river and all its tributaries have been emptied of wastewater and then stripped of their concrete lining, restoring them to a close-to-natural condition. 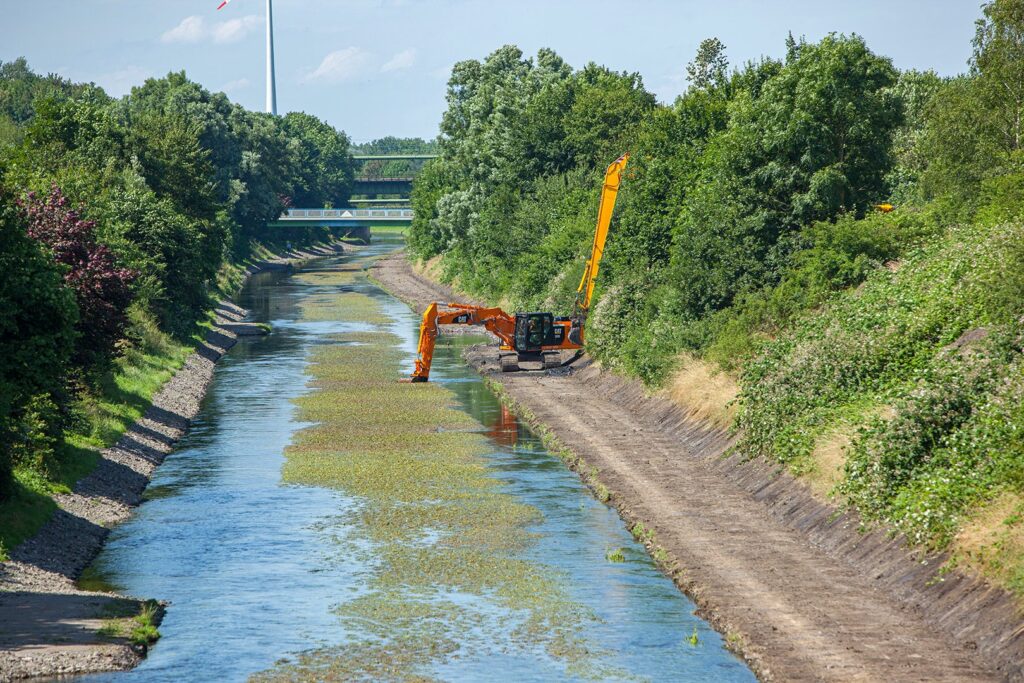 To achieve this, the Emschergenossenschaft has built new, modern large-scale treatment plants and constructed altogether 436 kilometres of underground canals. The conversion process is in now full swing and scheduled to be completed, along with the total removal of all wastewater, by the end of 2021.
Flora and fauna are now gradually making their way back to the Emscher, as can be seen in Dortmund. In the already renaturated section of the river it is now possible to marvel at the effluent-free waterway and its green banks. Where there is sufficient room, the once mechanically straightened rivers will not only be given new banks but also a more serpentine course. Numerous aquatic animals and fish will begin to cavort in this new water habitat. Two years ago, one particular fish variety, the Emscher sculpin, was successfully reintroduced into the Borbeck Mühlenbach stream. The three-spined stickleback has been found in almost all renaturated sections of the river, while in the Emscher near Dortmund there have also been sightings of the indigenous brown trout.

The conversion of the Emscher river system is a technological challenge that calls for great engineering know-how. The centrepiece of this project is the 51-km-long Emscher wastewater canal (AKE), which runs from Dortmund-Deusen to the Emschermündung sewage treatment plant in the city triangle of Dinslaken, Oberhausen and Duisburg. It receives wastewater from about 2.26 million residents and considerable amounts of grey water from industry and trade, channelling it to the clarifying plants in Bottrop and at Emschermündung. Work on the AKE was launched in September 2009. Step by step, since September 2018 the wastewater canal has been taken into operation. The conversion of the Emscher is due to last until late 2021 – after that the Emscher will carry only clarified water and rainwater. Over a period of some 30 years the Emschergenossenschaft will be investing more than 5 billion euros in the conversion of the river system. 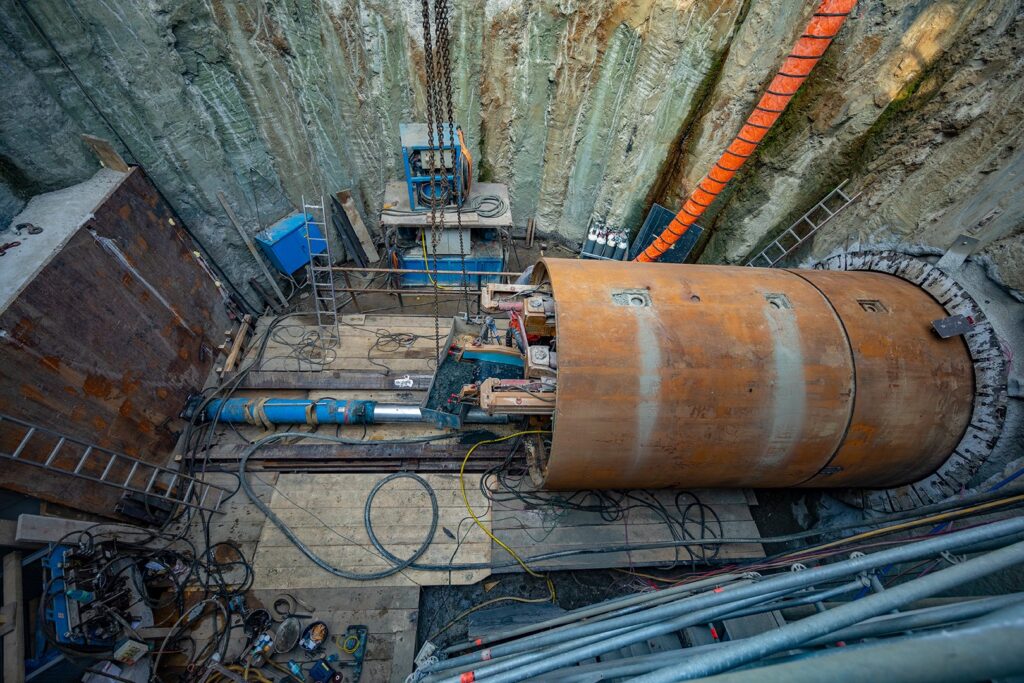