Based on the question of whether there could be hotel rooms that function as easily as lockers, Andreas Strauss developed and released the idea of »dasparkhotel« in 2004. For his concept of an extraordinary overnight stay, the artist repurposes a rather invisible, but in the Ruhr area anything but banal, everyday urban object: the sewer pipe. Five of these sleeping tubes are already installed in Bottrop-Ebel. For the Emscherkunstweg, Andreas Strauss added another location to place his “hospitality devices”, as the artist calls them. 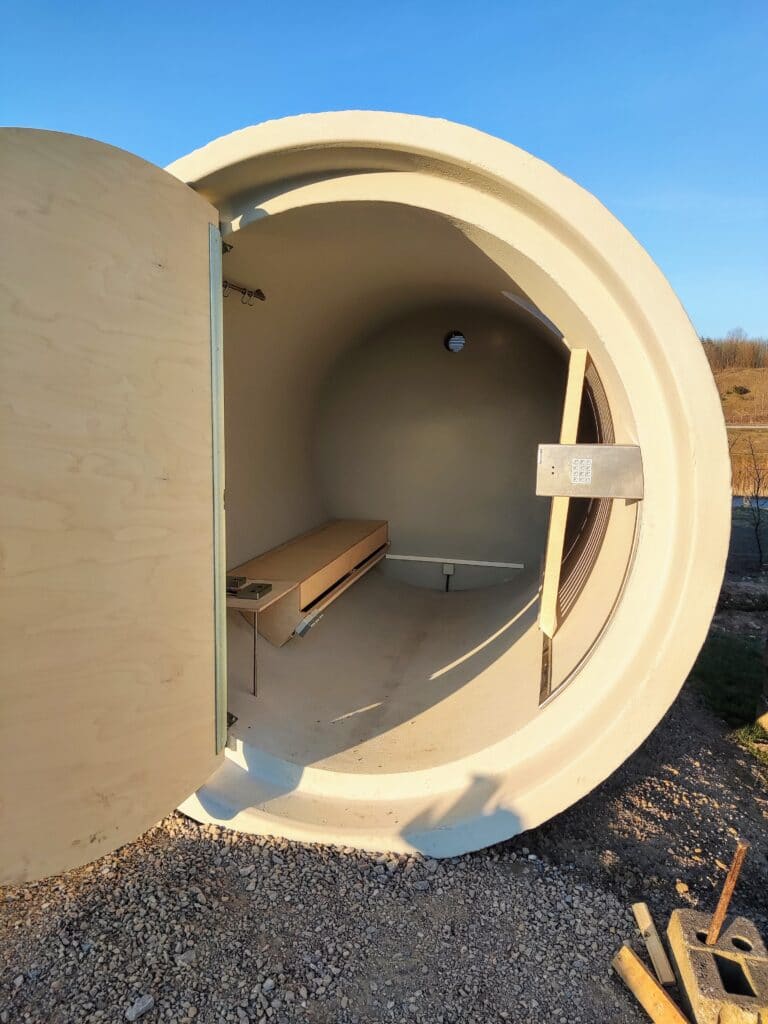 At the Emscher-Auen farm, he lays three sewer pipes for overnight stays and combines them with the »inside -outsite« pavilion. The shelter offers protection from the weather and invites everyone to observe the flora and fauna around the flood retention basin.
Bookings via dasparkhotel.net, further information at emscherkunstweg.de

Registration for the event is not required. Admission is free. The current provisions of the Corona Protection Ordinance at the time of the event apply. Access restrictions and masks are no longer required. The distance rules must be observed. However, we ask you to stay at home if you have symptoms or a positive rapid test out of consideration for the other guests. Emschergenossenschaft is the organizer of this event. 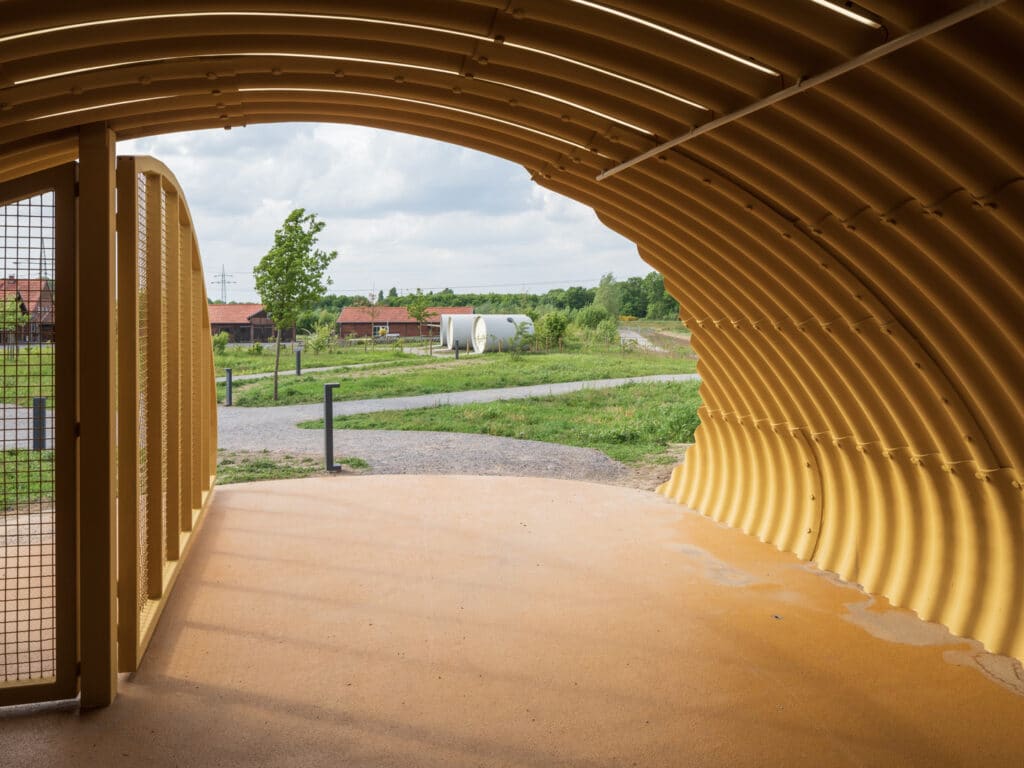 On the occasion of the completion of the new work of art »dasparkhotel_inside-outsite«, the cooperation partners of the Emscherkunstweg – Urban Arts Ruhr, Emschergenossenschaft and Regionalverband Ruhr – invite you to celebrate the opening with us on Saturday, May 14, 2022 from 12 p.m. We are pleased to announce, that Barbara Brunsing, mayor of the city of Dortmund, Katrin Lasser-Moryson, deputy mayor of the city of Castrop-Rauxel, and Britta Peters, artistic director of the Urban Arts Ruhr, open the work with a ceremony. In the artist talk, Andreas Strauss talks to Marijke Lukowicz, curator of the Emscherkunstweg at Urbane Künste Ruhr, about his work. The installation »Black Circle Square« by the artist Massimo Bartolini from 2016 can already be found at Hof Emscher-Auen.

The Emscherkunstweg is a cooperation between Urbane Künste Ruhr, Emschergenossenschaft and Regionalverband Ruhr under the patronage of Isabel Pfeiffer-Poensgen, Minister for Culture and Science of the State of North Rhine-Westphalia. The sculpture path emerged from the temporary exhibition format Emscherkunst, which has accompanied the Emscher conversion by the Emschergenossenschaft since 2010. Since 2018, the Emscherkunstweg has been reconceptualised and expanded as a permanent offering under the artistic direction of Britta Peters, Urbane Künste Ruhr. 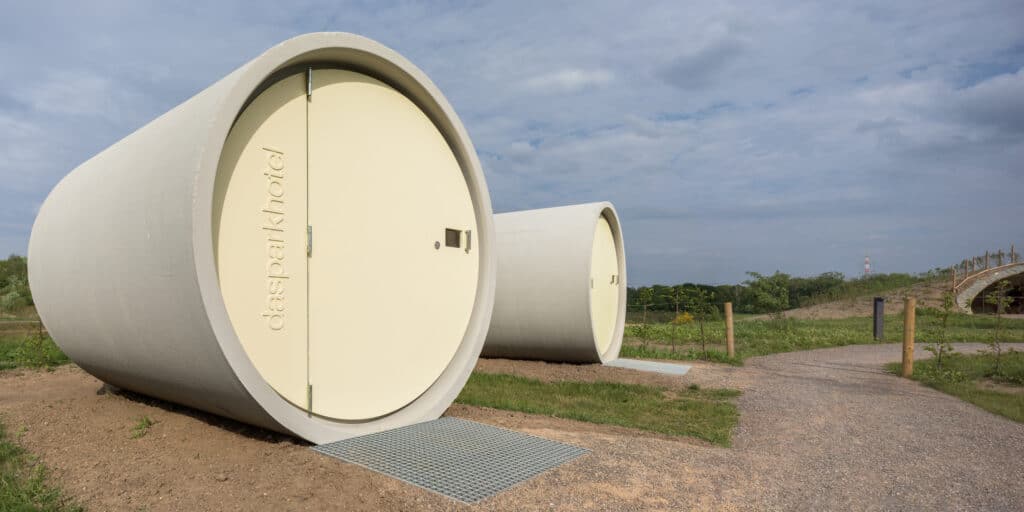 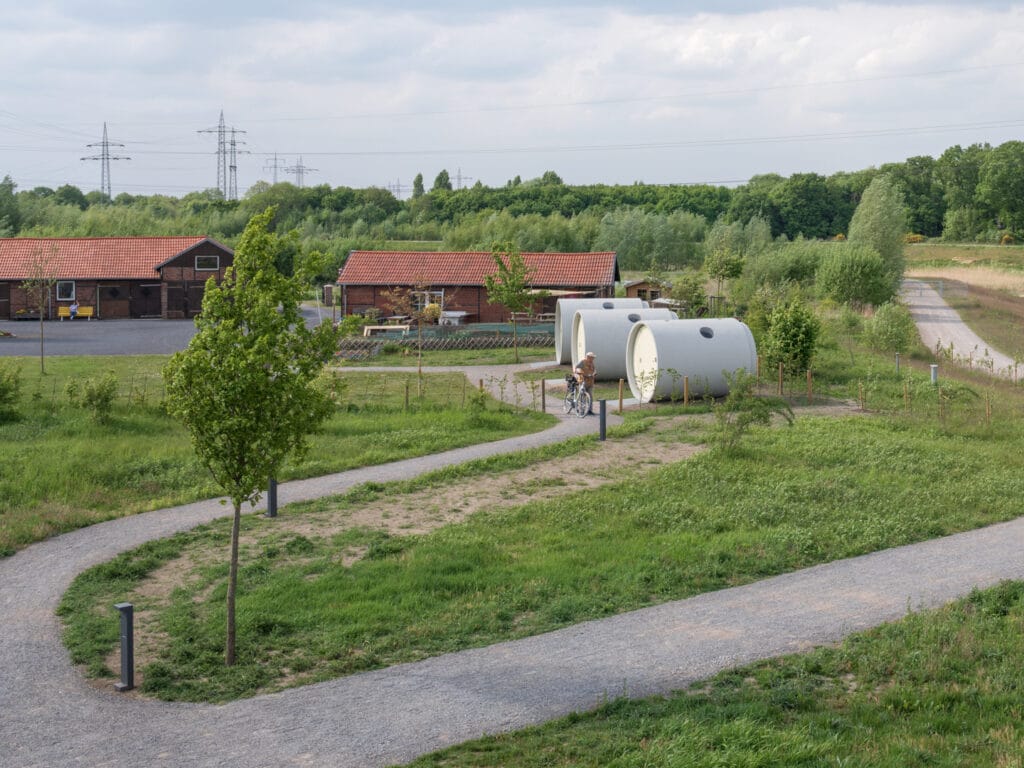